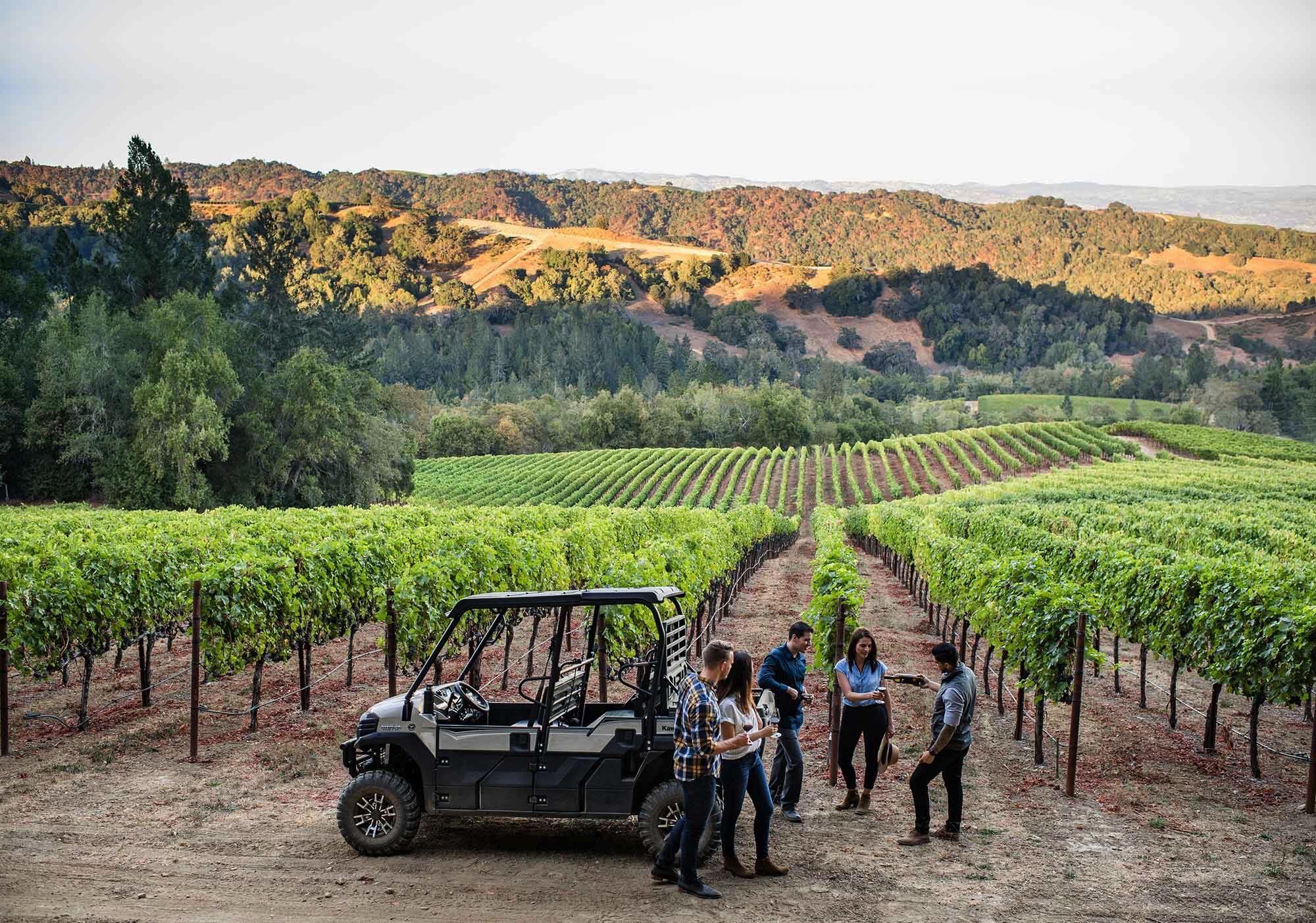 blueberries and black cherry are accented by spicy cloves, anise and evident vanilla and cedar.

It would be hard not to say that the South Napa Earthquake that hit just as harvest began is the most
memorable touch-point of 2014, but really, it’s just part of the story. The driest winter on record gave way
to some welcome rain in late February and early March, just as the vines came out of dormancy and
inched toward bud break. A warm spring set the stage for a perfect start to the growing season, reflected
in the generally higher than average yields that resulted. We were a bit early to harvest, but not dramatically
so. Early, exceptional, and largely uneventful – except for that ground rattling on August 24 at 3:20
a.m.