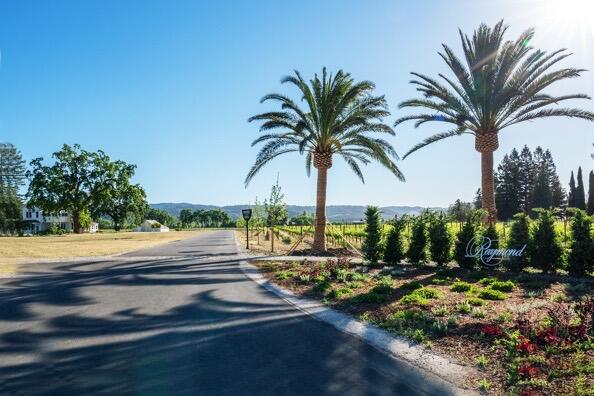 Our 2013 Atlas Peak District Cabernet Sauvignon offers up
hillside aromatics of raspberry and black cherry and notes of
cedar and vanilla.

Big, bold
and balanced tannins from the southern hillside and shallow
soils with a touch of warm oak are balanced with notes of
blackberry compote and pomegranate coulis.

Our Atlas Peak Cabernet Sauvignon is harvested from some
of the highest vineyards in the Napa Valley. The higher
elevation means cooler daytime temperatures and warmer
night time temperatures so these grapes have prolonged
hours of growth during the day as compared to the valley
floor. All of the Cabernet Sauvignon comes from a single
vineyard on red volcanic soils above the fog line.

"Early, even and excellent" are three words used to describe
the 2013 Napa Valley growing season and harvest. A warm
and dry spring saw early bud break and created ideal
conditions for steady flowering and even fruit set. A lengthy
stretch of warm days and cool nights during the long
summer months maintained optimal vine activity. Light
rains in September had nearly no effect on Napa Valley's
treasured wine grapes that found optimal ripeness, bringing
exceptional quality to the crush pad and into the cellar.

After harvesting on October 15
th, the grapes were fermented
on the skins for 38 days.

After a native fermentation, the
wine was gently pressed, racked and aged for 18 months in
a mix of Orion, Seguin Moreau and Demptos French oak
barrels, 30% new French Oak. Tightly grained, French oak
barrels from forests in the center of France impart their oak
on wines slowly for a consistent, well-rounded aging process
while yielding subtle oak influences to the Cabernet
Sauvignon.