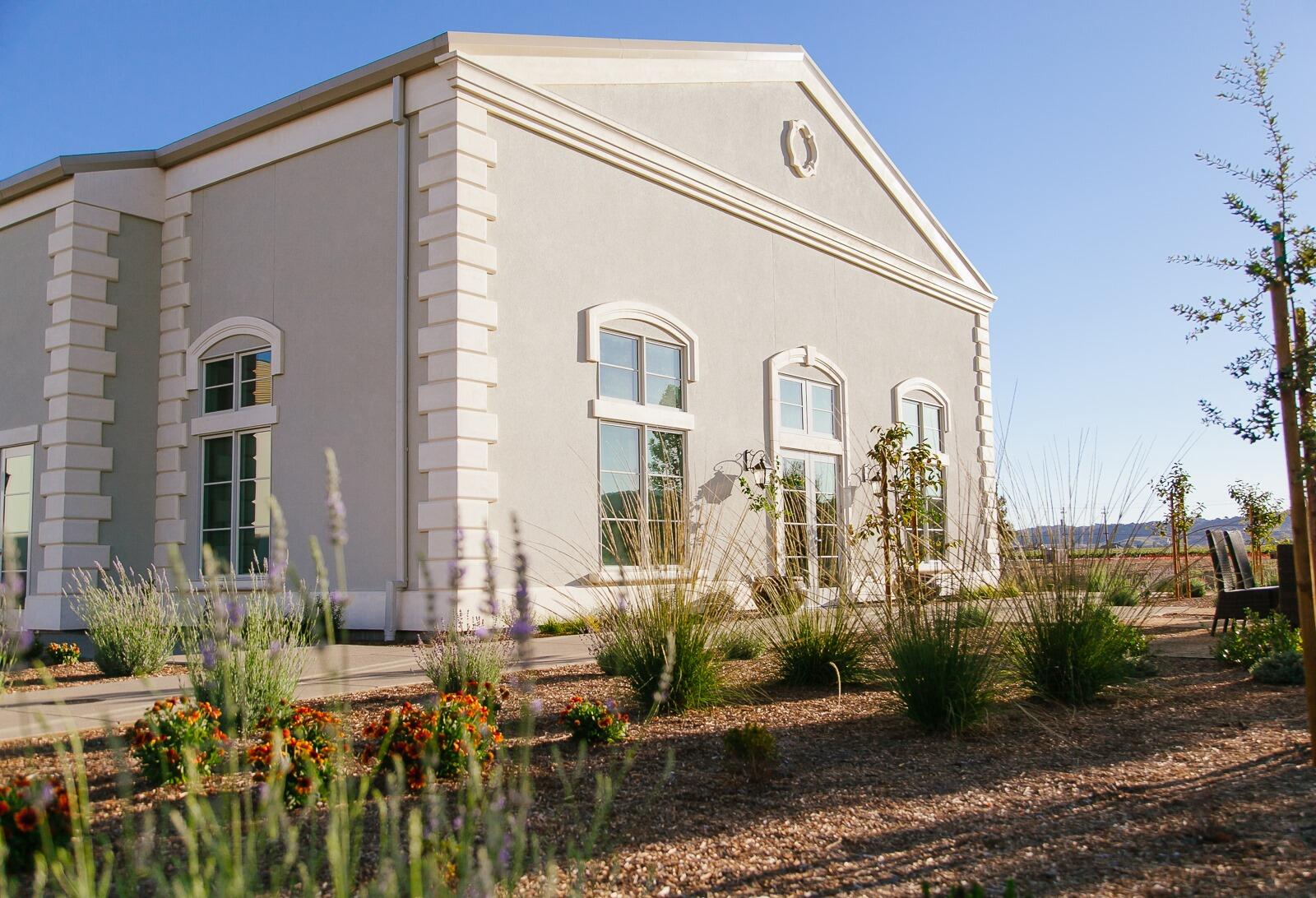 At Cunat Family Vineyards we are cultivating our life's dream one vine at a time, with patience for each growing season, pleasure in greeting each new customer and the enjoyment of working with family. Winemaking is our passion and we invite you to come share our Materra wines with us. Roughly translated, Materra means "Mother Earth."

The Cunat Family Vineyards, where Materra wines are grown, combine terroir, hand-selected and planted vines, a cooler climate and the extraordinary talents of a dedicated team to produce wines that are both tempting and complex. Materra wines are grown in the Oak Knoll District of the Napa Valley, a region well known for its deep, rich alluvial soil and excellent microclimates.

Join us online for wine information and ordering or stop by our winery and tasting room, located on Oak Knoll Avenue and Big Ranch Road, Napa, California.

Intense nose with baked cherries, notes of cedar, toasted marshmallow, and jasmine tea. The chewiness and power is nicely balanced by lively acidity. Plenty of spice and fine tannins drive the long finish.

The 2021 Viognier strikes a lovely balance between delicate and opulent. The perfumey nose has strong varietal character with notes of honeysuckle, apricot, lemon curd, and french vanilla. The pronounced acidity perfectly balances the creamy, slightly oily texture of this richer bodied wine.

The nose is bursting with layered aromas of cassis, blackberry and black tea, with a subtle spice note from the beautifully integrated French Oak. Across the palate, it is dense and mouth-coating, with supple, suede-like tannins. The moderate alcohol and healthy acidity keep the profile very vibrant and balanced. That juicy cassis flavor carries all the way through the impressive finish.