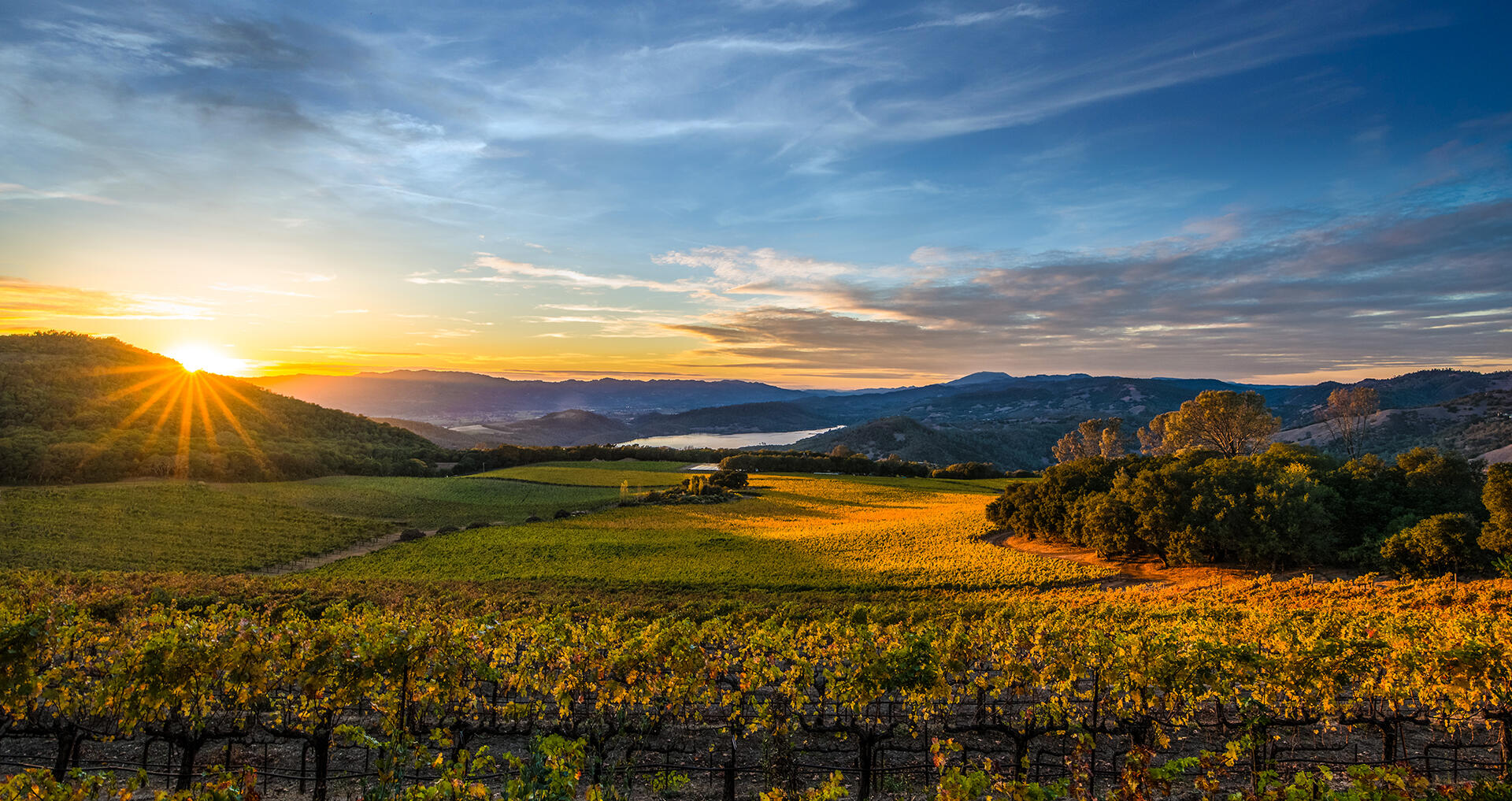 Exposed to the fog and wind that funnel through the Petaluma Gap, Calesa is a cool-climate vineyard where Chardonnay ripens slowly, developing pure, vibrant flavors and ideal acidity. Farmed by acclaimed grower Oscar Renteria in shallow, gravelly loam soils, our prized hillside blocks at Calesa feature several exceptional clones of Chardonnay. In addition to producing naturally low yields, this diversity of clonal material results in a complex and layered wine with beautiful notes of citrus, tropical fruit and spice. 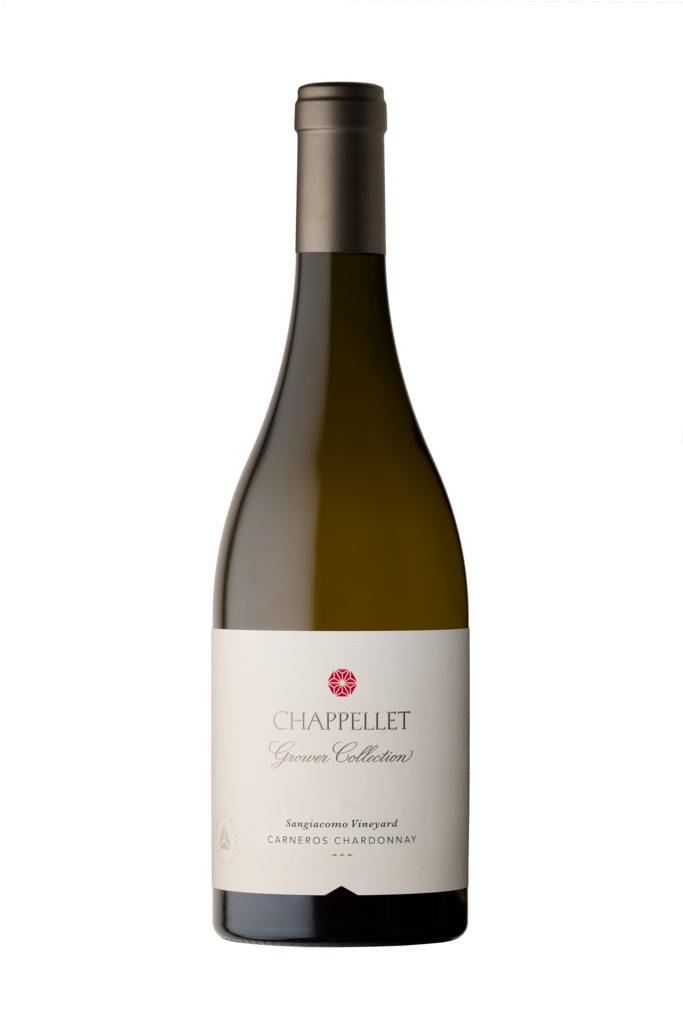 The Sangiacomo family are master viticulturists and multigenerational winegrowers who have been farming since 1927. Their cool, windswept vineyard in Sonoma’s Carneros region is ideally located bordering San Pablo Bay, where the grapes slowly mature, developing intense varietal character, while retaining excellent acidity and finesse. Made from this coveted fruit, this mouthfilling wine displays beautiful layers of stone fruits and citrus, as well as French oak-inspired layers of vanilla and spice. 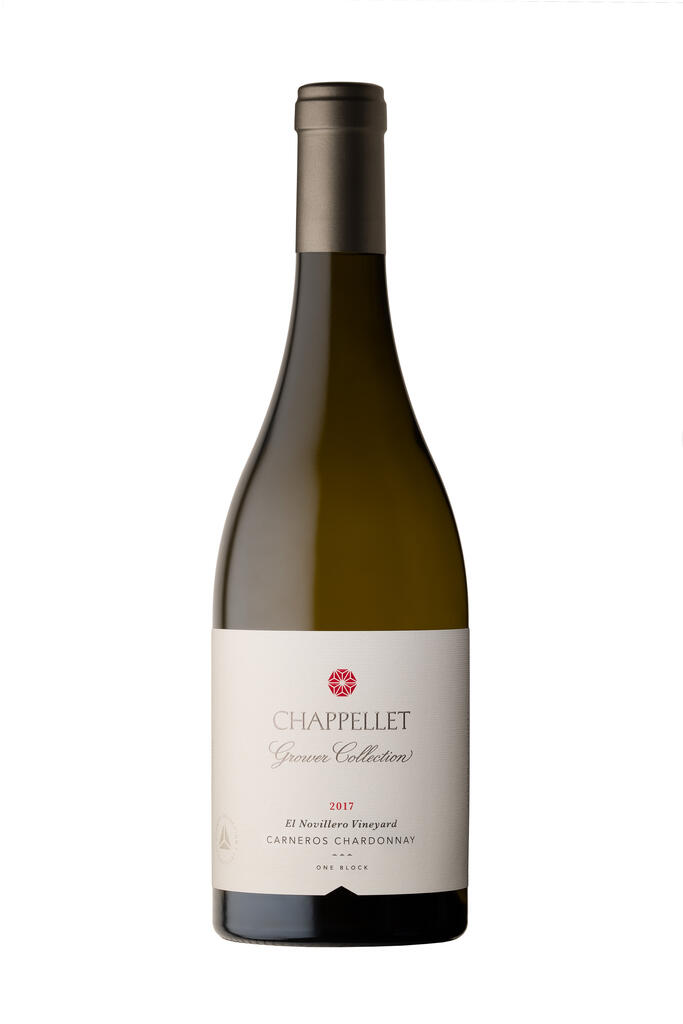 Planted by the legendary Sangiacomo family, El Novillero is situated on a windswept section of rocky Carneros benchland. There, well-drained rock and gravel soils create naturally small crops of beautifully concentrated Chardonnay. Our block of El Novillero features Robert Young Clone Chardonnay planted in 1993. These older vines yield a dazzling wine that combines hedonistic depth, with elegance and finesse. In the winery, the wine underwent 100% malolactic fermentation and was aged in 42% new French oak barrels. 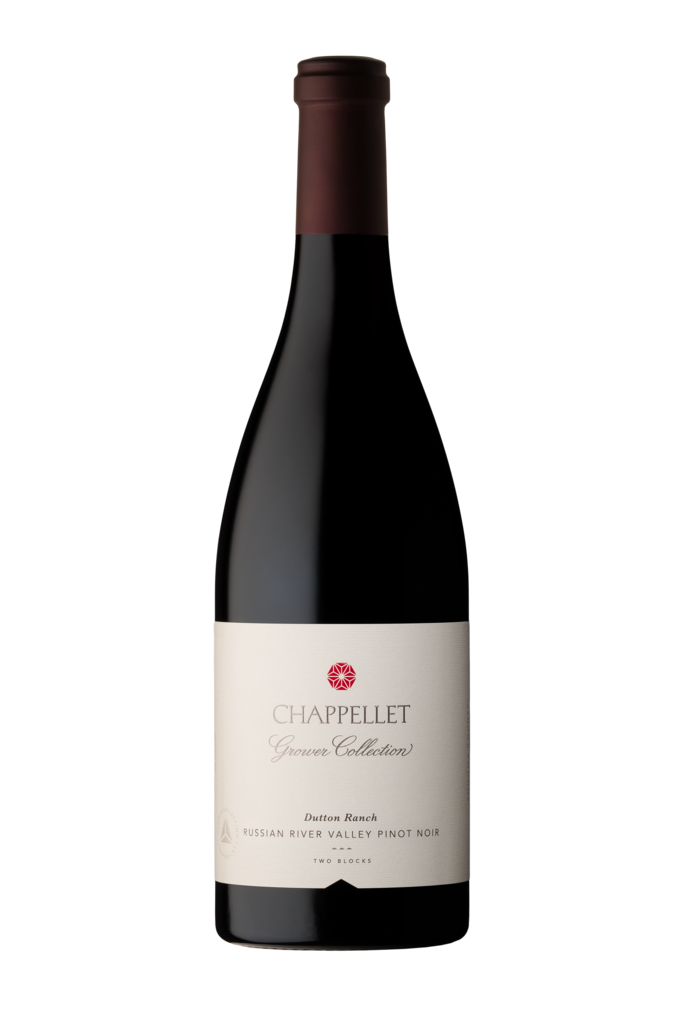 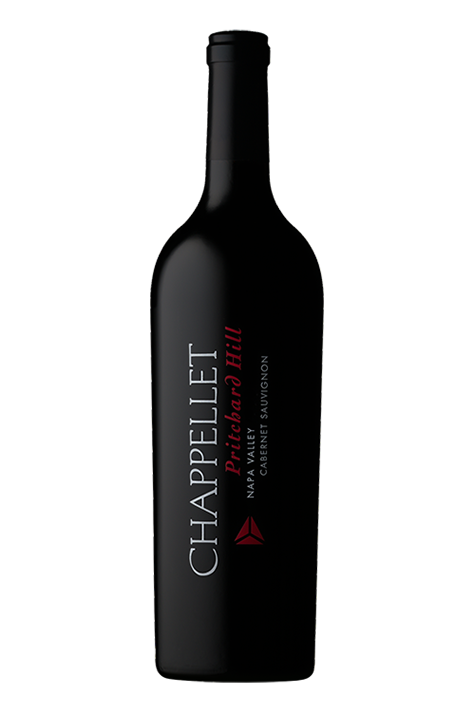 With over 50 years on Pritchard Hill and 20 vintages of this wine, the Pritchard Hill Cabernet Sauvignon represents Chappellet’s crescendo. It is a liquid culmination of our knowledge and artistry, resulting in a wine of unrivaled depth and elegance. A true expression of Pritchard Hill. 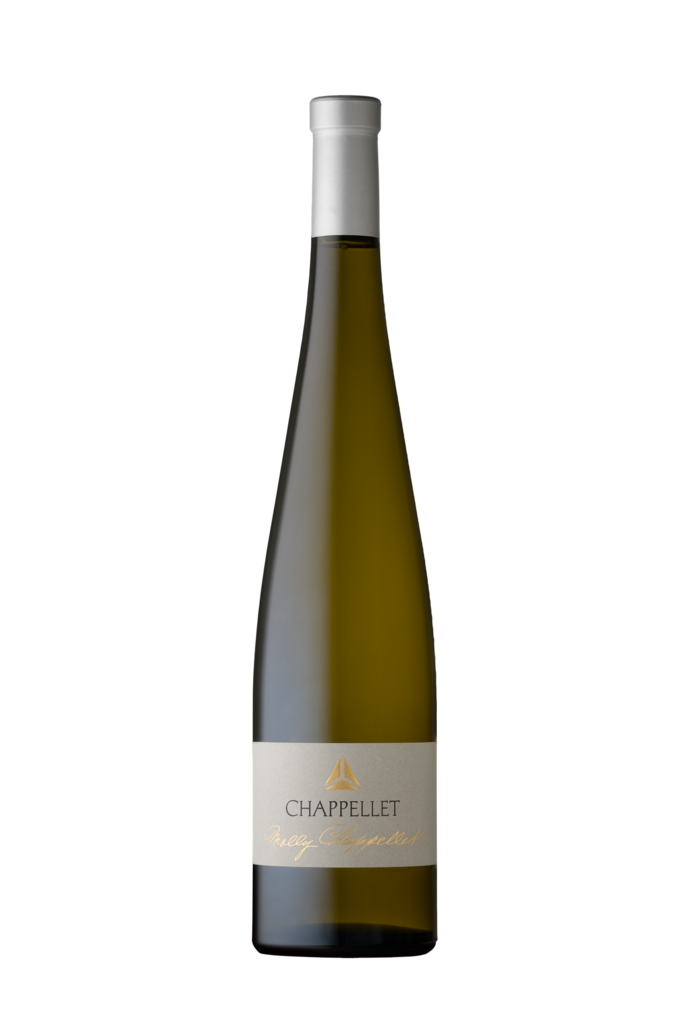 Our Chenin Blanc has a long and storied history on Pritchard Hill®. The original vines were already producing when Donn and Molly purchased the property in the late 1960s. Following a replanting in 2004, we reintroduced our Chenin Blanc as a “Signature” designation – with a twist. While our Signature Cabernet bear Donn Chappellet’s name, Molly Chappellet’s signature graces our Chenin Blanc label. 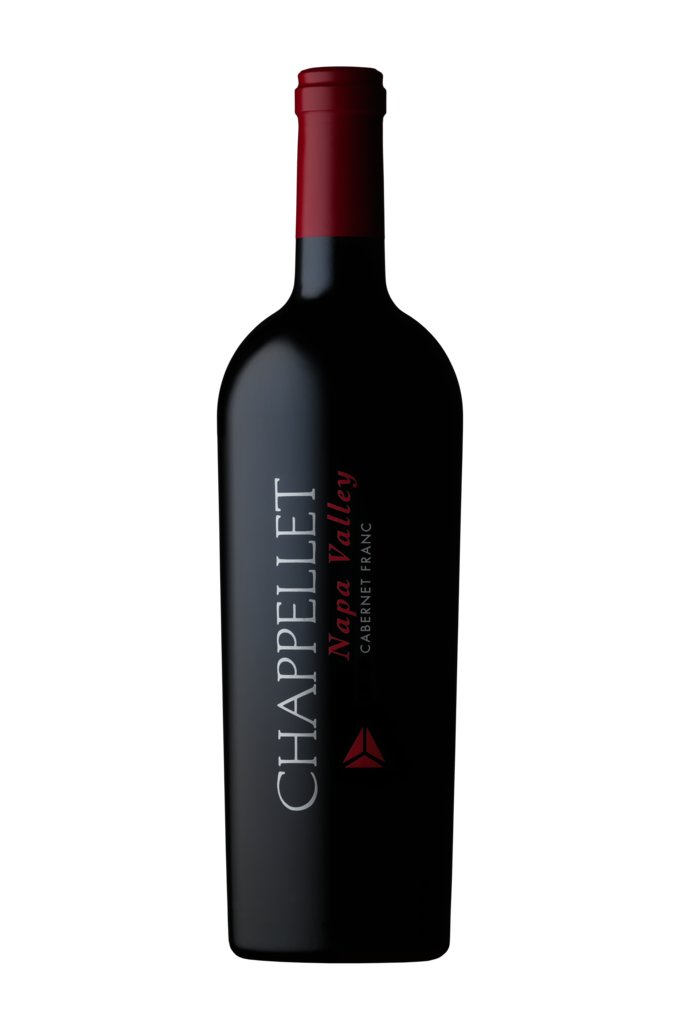 The Chappellet Cabernet Franc is a traditional Bordeaux blend with Cabernet Franc at its base. The original vines were planted in 1989, making Cabernet Franc a relatively new addition to Pritchard Hill. This variety thrives on the hill’s volcanic soils, where conditions are ideal for developing ripe, concentrated flavors.

We planted our Malbec many years ago, primarily for use as a classic Bordeaux blending varietal in our Pritchard Hill® and Signature Cabernets. As these vines have evolved, they have become something special, offering a particularly intense and powerful expression of the grape, while still delivering Malbec’s trademark velvety tannins and juicy red fruit. 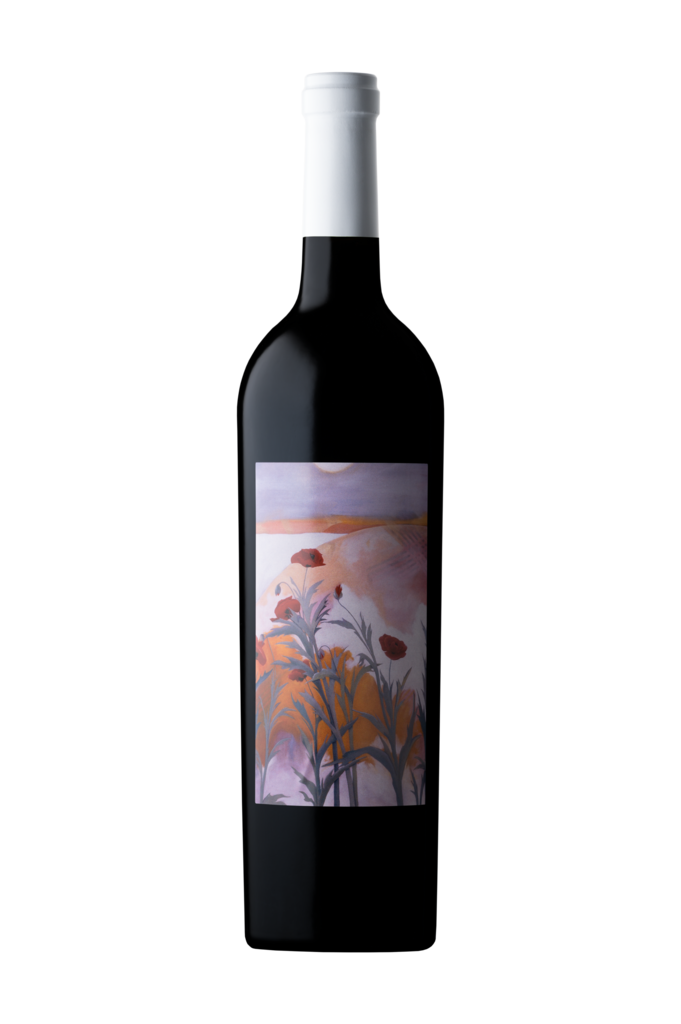 Long regarded as the quintessential “California” grape, Zinfandel played an historic role in the emergence of California as a producer of flavorful, delicious wines. Widely planted throughout the state by the early wine pioneers, the grape is valued for its rich flavors and suitability to the climate. Our 2018 Napa Valley Zinfandel was produced from 50-year-old vines grown in the Mayacamas Range, 2,000 feet above the valley floor.