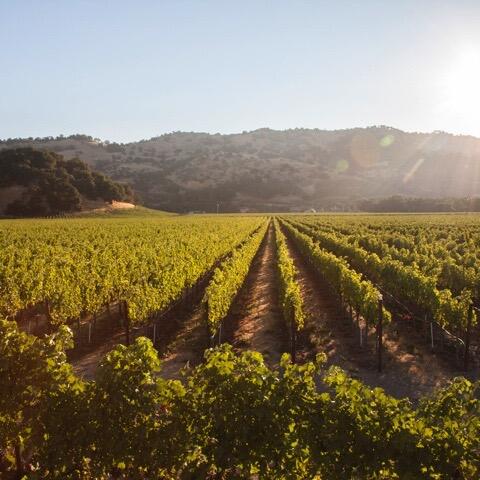 Named for the branding iron owned by the proprietor, the eight-and-a-half acre Branding Iron Vineyard lies in western Oakville, close to the base of the Mayacamas Mountains. The vineyard is comprised of well-drained clay loam and the vines are vertically trellised to maximize sunlight and open the canopy. The area’s warm climate and sun exposure in both the morning and afternoon is perfect for slowly ripening the fruit, which often benefits from a long hang time. This was another beautiful growing season with a nice spring that led to an early budbreak and bloom. Despite the low rainfall, canopies were healthy and clusters were full. Cross-arm trellising helped spread the canopy and provided protection for the fruit, allowing speckled light to reach the clusters. The five clones in this vineyard ripened at different rates. Our west-facing hillside blocks were harvested first in mid-September, while our other blocks ripened over the next two weeks. The various clones in this vineyard offer different flavors that ultimately come together to make this wine’s unique expression.