J. Moss is a family owned and operated boutique winery established by James and Janet Moss in 2001. The Moss’ are hands on in every aspect of the winery, from Winemaking, Production, Sales and Hospitality. Before launching the J. Moss label, they both had professional careers in the wine business, James working for a large distributor in Texas and Janet at Domaine Carneros Winery. James learned the intricacies of enology by working alongside two notable winemakers, Mark Jessup and Gustavo Brambila and Janet has a winemaking and viticulture degree from Napa College.

In 2010 J. Moss opened their brick-and-mortar winery located in the Urban area just south of the City of Napa in the Crusher Wine District. J. Moss produces elegant award-winning wines with an emphasis on single vineyard Cabernet Sauvignon from both individual blocks of estate and negociant fruit from valley floor to mountain hillsides across the Napa Valley. The J Moss wines are produced in small lots using classical hands-on methods with the highest level of quality and consistence. The results are delicious, balanced and approachable wines with great flavors. A true hidden gem in the Napa Valley. 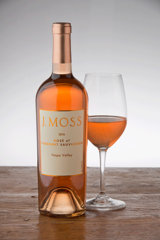 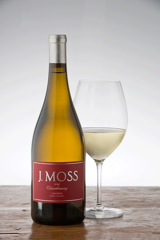 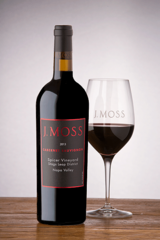 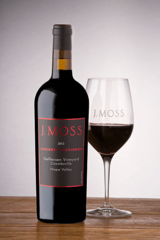