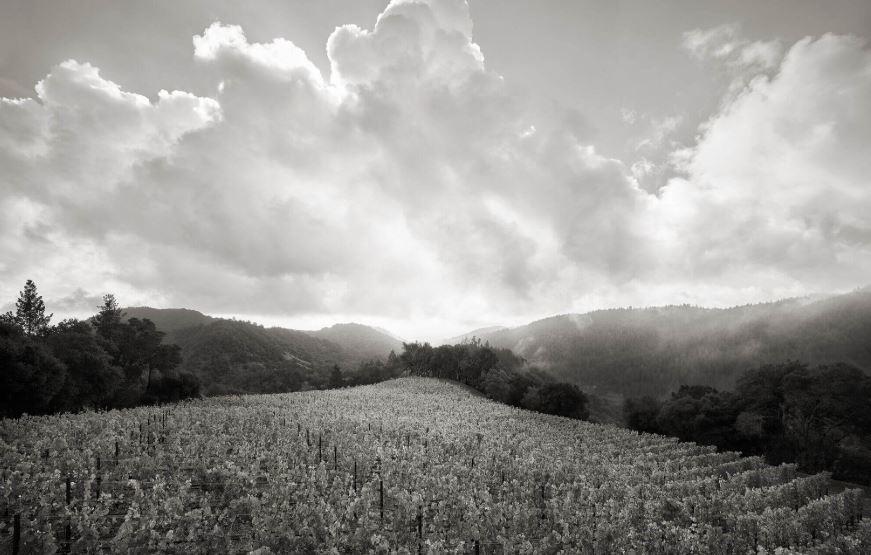 As is typical with the youthful wines of Promontory, the nose is subtle yet intricate. Several minutes after pouring, the different facets begin to emerge. Though one might discern distinct aromas of wet stone, cassis, and hints of resin, the nose seems to more appropriately transport one to the place itself. There is a feeling of moist fog, bringing both humidity and the scents of the native landscape, while projecting in the mind’s eye a vision of sunlight without heat.

On the palate, this vintage is decidedly forward. The acidity is forthcoming on entry and balanced by the sheer muscle and density of fruit. The tannins have a chiseled definition, but remain soft and pliant, delivering a long and persistent finish. While the 2012 reveals its precocious virtues, it is unable to hide the underlying truth that patience will provide great reward.

Budbreak on April 18th marked the beginning of an idyllic growing season. The weather was warm throughout the year, but without spells of extreme heat. While most of Napa Valley experienced an earlier harvest, the cooler climate of the territory provided a much more typical ripening pattern.

Due to even ripening, the harvest period was compressed to fifteen days as opposed to the normal twenty to thirty in past vintages. Picking began on October 12th along the western ridge and continued a few days later with the low lying blocks on volcanic soil. The east-facing slopes followed, and harvest concluded on October 26th.

As has become customary with the diversity of the territory, forty-six harvest passes were made resulting in nearly thirty distinct vinifications.

After a year of aging, the selection for the final blend was made. The consistency of quality was a theme, but ultimately the lots that were chosen reflected both the power of the vintage and the restraint of the territory’s more temperate environs.

A rich garnet color and youthful brilliance define the appearance in glass.