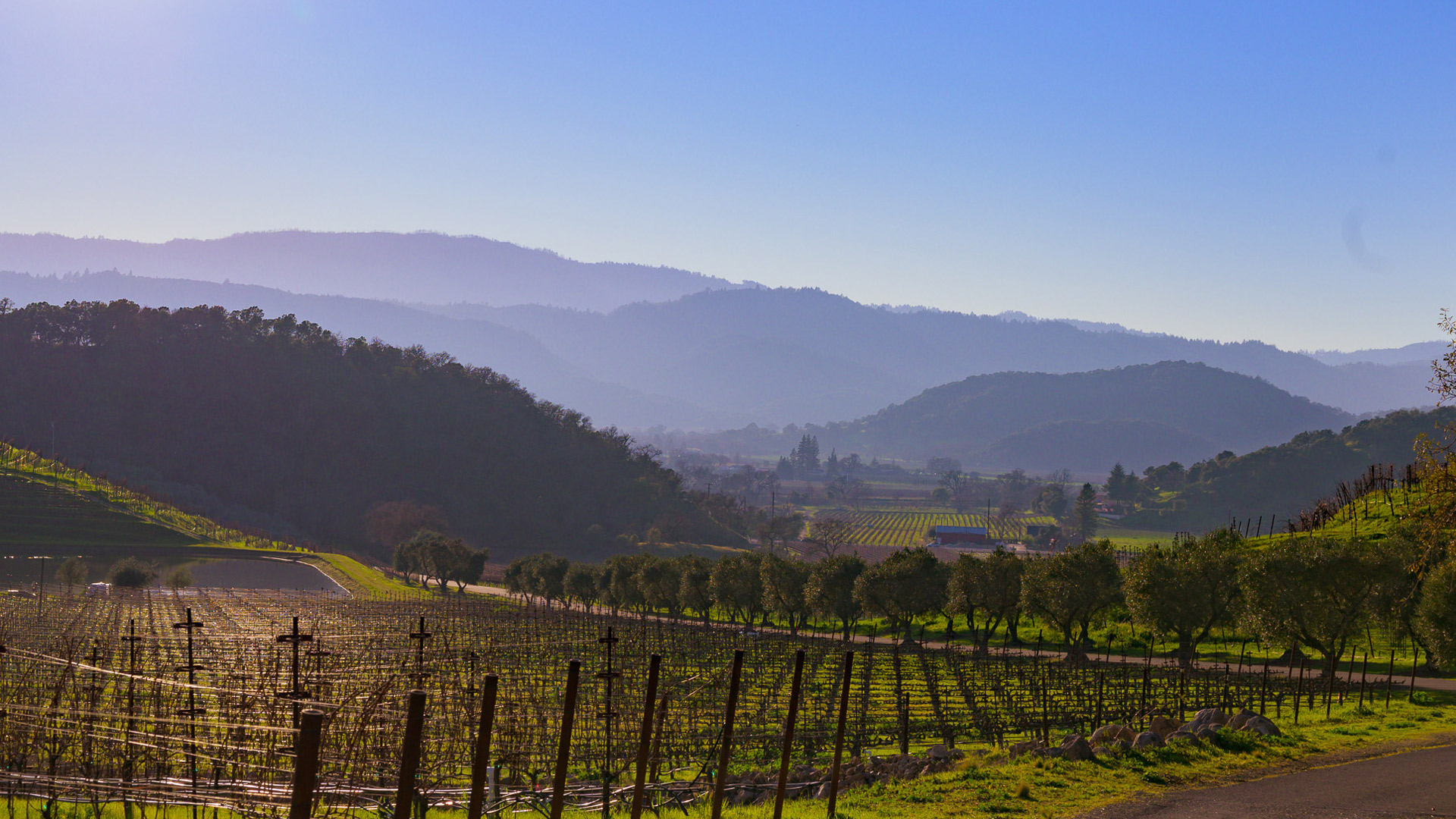 A kiss of Syrah, a dash of Merlot and sprinkling of Zinfandel helped to create Oberon’s deep colors, supple tannins, and vibrant black cherry, candied blackberry and spices. A hint of coffee and dark chocolate create a lingering and delightful finish.

To create Oberon Cabernet Sauvignon, Tony sourced grapes from throughout Napa’s finest winegrowing regions, including Rutherford, Oakville, Yountville, Chiles Valley and CapellValley. By layering fruit from Napa’s volcanic hillside soils and the deeper alluvial soils of the valley floor, Tony accomplished his goal of marrying many different expressions into one outstanding Cabernet Sauvignon that boasts a beautifully seamless mouthfeel and rich, complex texture and flavors.

Despite receiving close to 75% of normal rainfall, the warmer and dryer than usual winter season, resulted in an early bud break that coupled with a cool spring and long flowering period resulted in an uneven fruit set. Temperatures through the first half of the growing season were even and warm, giving way to repeated heat surges in the final ripening weeks that pushed the harvest ahead by 2 weeks. This weather pattern resulted in smaller than usual clusters and a lighter than usual crop of beautiful rich character.