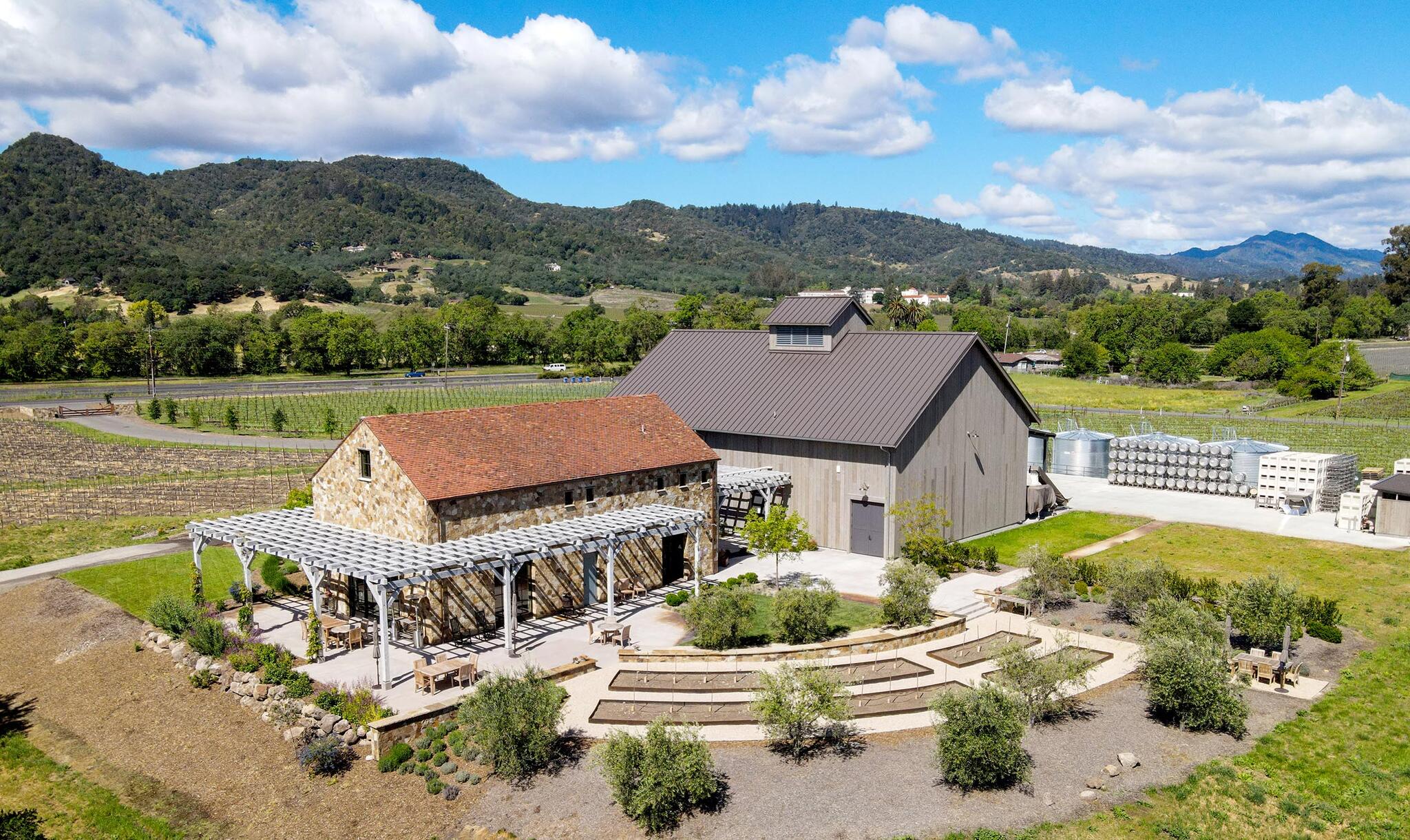 Blackberry
honey, puer tea and pomegranate flavors. A finish
filled with ever evolving essence of burnt caramel
and a red velvet texture.

2015 is the vintage in which drought was on
everyone’s mind. Rainfall the previous vintages
was minimal at best and 2015 was very dry for
most of the State. However, thanks to some early
season rains, Napa Valley received 75% of normal
rainfall. Thanks also to cool temperatures during
the growing season the demand for water was
kept to a minimum. These cool temperatures
also contributed to uneven fruit set which
resulted in much lower than average yields.
Sugar accumulation was also slightly ahead of
flavor development and so we harvested most
varieties with more sugar than in the previous
vintages. Small vintages typically result in more
concentrated wines and 2015 is no exception. We
just have much less of it in 2015.

Calera clone. Fiv day cold maceration followed
by 17 days of fermentation. A combination of
daily pigeage and pumpovers during time on the
skins maxing out at a fermentation temperature
of 88°F. 23 days total vat time followed by
malolactic fermentation in barrel.

Shy at first, our 2019 Las Trancas vineyard Chardonnay begins to reveal its delicate layers with every sniff and every taste. Full of bright, refreshing stone fruit that hints at minerality, the wine finishes with a touch of creaminess. In its youth the wine is very refreshing chilled but as it ages, service just below room temperature will allow of its mouthwatering characteristics to shine

Full-bodied with a fruit-forward profile, Syrah is one of the darkest red wines. Mira’s Syrah reveals aromas of blueberry, fresh pepper and meat, boasting a bright and youthful expression. Its robust structure and broad finish permit the wine to be at its best for years to come.

A nose characterized by its terroir: gravel, rocks, earth, dirt that lead to flavors of dark chocolate, tobacco and fruit. The finish is characterized by its medium structure, echoes of berries and semblances of charred meat. A very youthful wine that promises years of aging.

A dry rose with a brilliant rose gold color, the subtle bouquet invites with hints of fresh roses, young peach and papaya. In the mouth the delicateness of its flavors reveal its Pinot Noir origin. Initial hints of apple and pear segue to red tea and a lengthy, bright finish. Enjoy upon release or savor in its gained complexity as it ages

Intense apple, pear and honeysuckle aromas our Hyde Vineyard Chardonnay is a textural journey with flavors along the way reminiscent of apple crostata and pie crust coming together in a persistent and sav

Warm spice aromas greet the nose with accents of Tahitian vanilla and cacao nibs, while on the palate the bold flavor of crushed cherry delivers a mouthwatering and persistent acidity. The refinement and elegance of this vintage has us calling it the “luxury” Jimmy D’s.