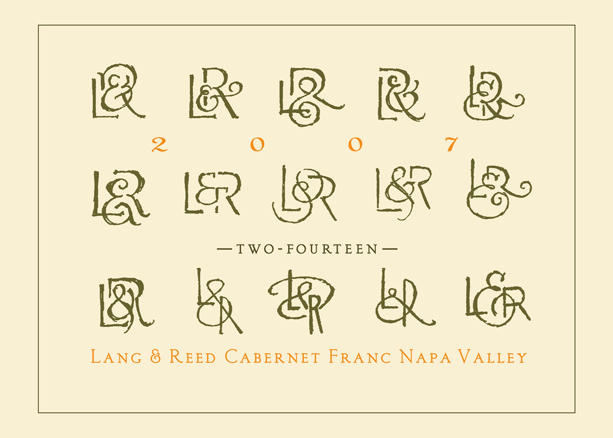 In 2007 we found a vineyard located on ideal rocky soils on a beautiful hillside slope in the southeastern corner of Napa Valley. The Sugarloaf Mountain Vineyard benefits from moderate temperatures and cooling breezes that emanate from the northern reaches of San Francisco Bay. This new world climate combined with this old world Loire Clone 214 provides the basis for a unique and immensely gratifying presentation of the Cabernet Franc grape. Lang & Reed ‘Two-Fourteen’ expresses what we believe is our highest achievement in creating a wine made exclusively from Cabernet Franc that represents the only known bottling of this unique clone in California to date.

The year began dry with some very cold days and single-digit nighttime temperatures around the New Year holiday, and continued dry, with about 60% of normal precipitation throughout the appellation. Temperatures were warmer than normal as winter continued into spring with resulting earlier budding, bloom and set in the vineyards across all varieties.

The summer growing season continued on the mild to cool side, with few days topping 100 degrees, even in the warmest locations in the appellation. There were also notably fewer days in the 90s, and harvest followed a traditional, even relaxed, pace. There was a brief period of heat that spiked around Labor Day, but the temperatures cooled after several days. This heat spike added the boost of sugar development that growers were looking for to complement the excellent acid structure developed in the white varieties.

Clusters, as well as individual berries on the clusters, though set at a normal quantity, were notably smaller in all varieties due to the dry season.

Harvest began just a little earlier than normal, however; the traditional 'labor day' cooling slowed late-ripening red varietals, including Cabernet Franc. Sugarloaf is located in the southeastern corner of Napa Valley in a very cool area overlooking San Francisco Bay. Providing one of the most consistently moderated vineyards in the area. The grapes were
harvested on October 27, a full two weeks after the light rains that hit
Napa Valley during the harvest.

We were lucky that the tenth vintage of the Lang & Reed ‘Two-Fourteen’ Cabernet Franc came from such a beautiful vintage as 2016. Brilliant hues of crimson and violet glint off the rim of this wine, and the aromas explode out of the glass: mixed cherry, raspberry, and earthy spice. The deep flavors exude bright fruits. It is medium to full-bodied, juicy, perfumed, and shows great persistence of flavor. The ‘214’ clone has always produced Cabernet Franc that is elegant, subtle and expressive. Though the wine is very enjoyable now, this vintage has the capacity to age for many years in a good cellar.

When we began our exploration of Cabernet Franc we set out with the goal to present a wine that was ‘true to type’, or in wine-speak, a wine that showed ‘typicity’ – boldly saying ‘Cabernet Franc’! Our exploration, in progress since 1993, brings us to the rows of many vineyards in very diverse growing conditions. Now, for over a decade the base of this wine emanates from a little north of us [north of Napa Valley that is] in the hills of Lake County. We have been working with vineyards ‘up’ in Lake County long enough to have found growers who are passionate in providing us with the grapes we need to help express our vision of Cabernet Franc. As has been the case since 2012, this vintage includes grapes from Sonoma County, including Alexander Valley as well as a pinch of spice and structure from Napa Valley. The grapes from Alexander Valley are from the famed T bar T ranch that is planted to the specific ‘214’ entav clone that we are finding planted in more of the great Cabernet Franc ‘terrior’ in the North Coast [the same Loire origin clone as our Napa source]. This expressive clone combined with each of the other vineyard components offers a very broad palate of aromas and flavors that are rich, satisfying and displays the exuberant expression of Cabernet Franc typical from Lang & Reed. 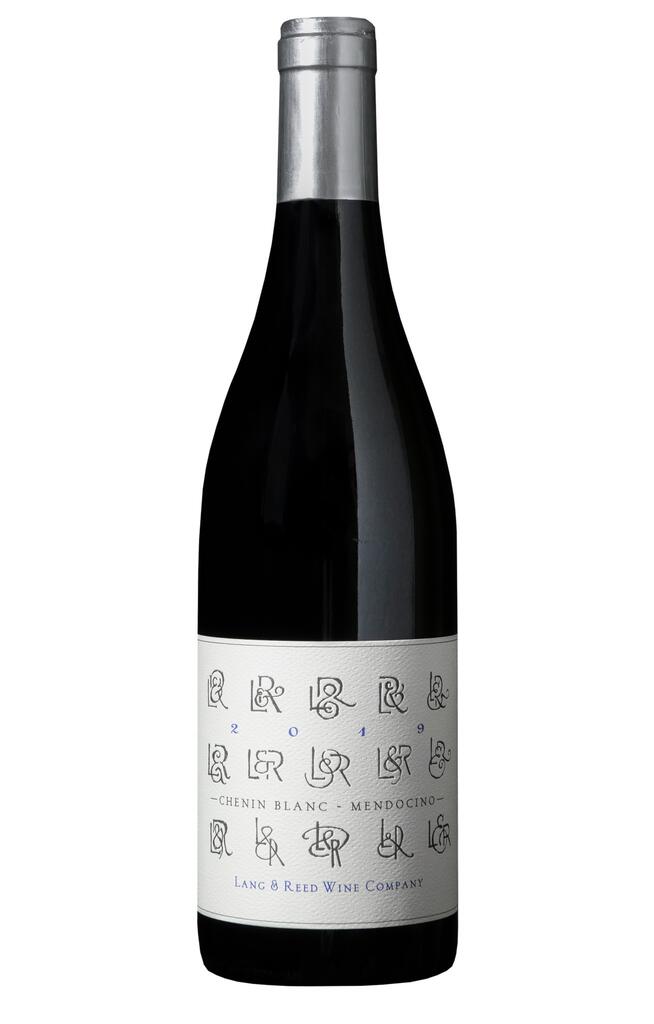 The Source of Lang & Reed's Chenin Blanc from Mendocino is from the Norgard Vineyard in Mendocino County in Northern California, specifically in a region of Mendocino referred to as the ‘Talmage Bench. The vineyard, located on the east side of the Russian River in an area that has excelled in growing Chenin Blanc for many years, this vineyard was planted in 1980 on a gentle, north-facing slope with excellent aspect that allows for great drainage and even ripening without too much heat accumulation. This wines vilification is a collaborative effort between John and son, Reed. Reed has had his hand in making white wine on three continents - Sauvignon Blanc in New Zealand, Chardonnay in Napa Valley and Chenin Blanc in Chinon, France. For this wine, the grapes were whole-cluster pressed, left to settle for a day, and then transferred into 8 barrels, two of which were stainless steel and the balance being seasoned French oak. Half of the barrels were inoculated with selected yeast strains, while the other half were allowed to ferment on the indigenous yeast. The lees were stirred (battonage) bi-weekly until two weeks before bottling in early April. The final assemblage proved greater than any of the individual barrels.