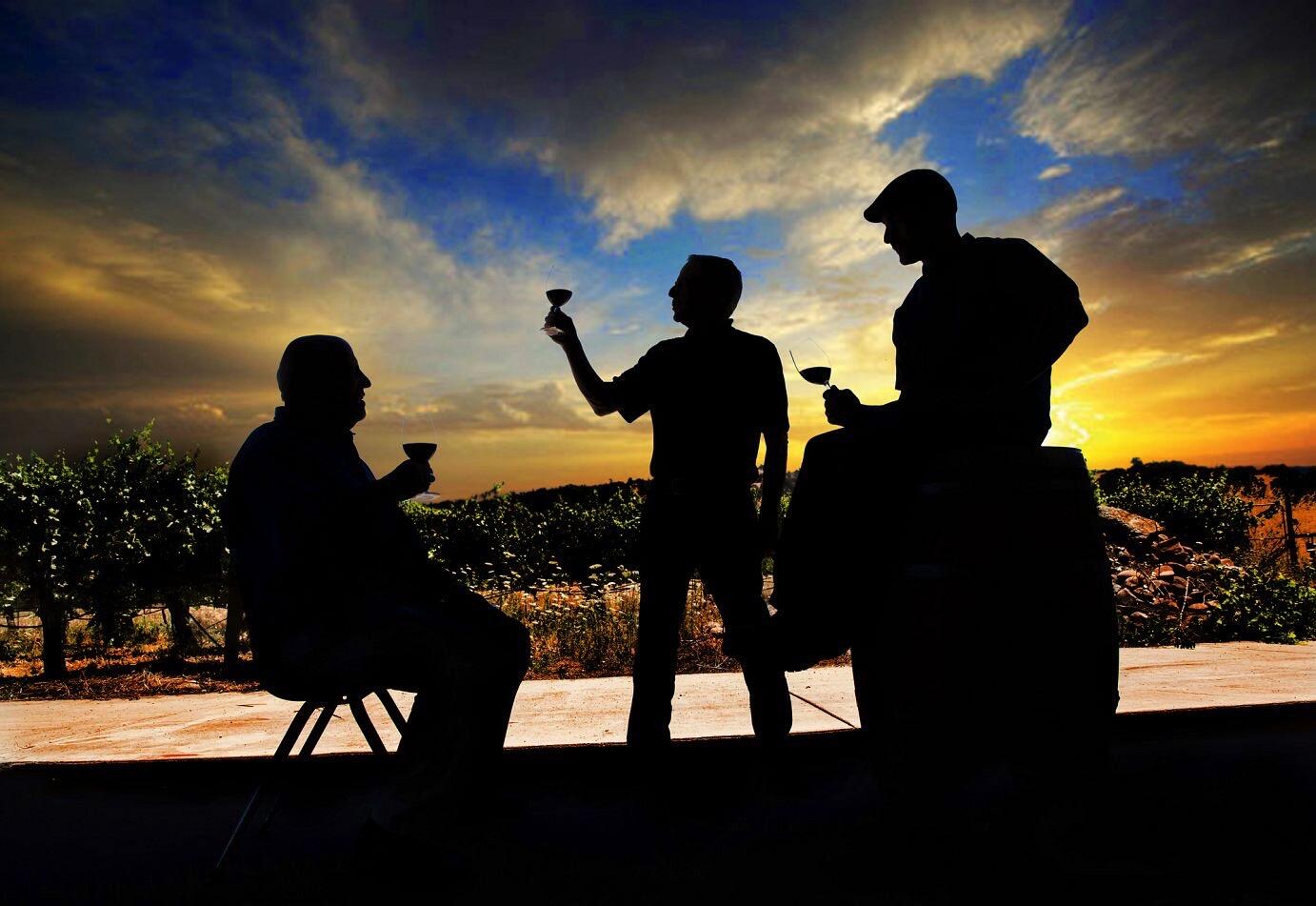 In 2008, the Scotto Family began preparing for the production of a collection of world class wines from Napa Valley dedicated to and named for their long time friend, trusted advisor and iconic California wine industry personality John McClelland. J. McClelland Cellars was launched in celebration of the 10th anniversary of their friendship, John's continuing contribution to Scotto Cellars and to honor his six decades of service to the industry. All fruit would be sourced from select Napa Valley vineyards by Winery Director and Winemaker Paul Scotto and vinified with Winemaker Mark Smith at the Scotto family's newly acquired J. McClelland Cellars winery in the Valley's eastern hills

In 2014 the J. McClelland Cellars team was enhanced with the addition of Mitch Cosentino, the renowned and frequently awarded winemaker who brought many years of Napa Valley knowledge, experience and vineyard contacts to the project. Since its first release in 2015, JMC wines have garnered more than four dozen prestigious awards and 90+ point scores from highly respected critics as well as national and international wine competitions. click here to view a complete list.

In 2013, the Scotto family decided to expand their Napa Valley presence by producing a wine honoring their 50th harvest in California. Although they envisioned 50 Harvests as a singular addition to their portfolio, it was also intended to memorialize the family's winemaking heritage originating on the Island of Ischia just off the Italian coast in 1883. That is when Salvatore Dominic Scotto began the family's five-generation journey producing quality wines to grace the table of eager followers.

In 2017 The Lost Chapters was born representing the culmination of 5th generation Winemaker Paul Scotto's dream. Each year Paul sources and crafts dozens of brands, varietals and blends for the Scotto Family's extensive wine portfolio. In his relentless search for just the right barrel lots to fit the profile of each bottling, Paul occasionally encounters something very special that deserves its own place. While these select and limited lots may enhance a given blend, they would also present themselves far better as a stand-alone that most likely would not be repeated in future vintages.

Winemakers Paul Scotto and Mitch Cosentino both agree wholeheartedly that before the first grape is brought to the winery 80% to 90% of the eventual wine's merit has been determined in the vineyard as it is the ultimate contributor to a wine's excellence. For all wines in The JMC Luxury Portfolio, only the finest Napa Valley vineyards are chosen based on their history of wines produced plus the meticulous attention paid to the soil and each vine.

Paul's overriding philosophy is "patience and letting the vineyard tell me what to do." And Mitch adds that "A visual inspection is important but tasting wines produced from the site, with a conscientious effort to separate winemaking influences, is paramount to determining the character of the vineyard."

Lush aromatics highlighted by rhubarb, red cherry and ripe plum. Multiple layers of flavor including red fruit notes that grace the palate with broad, well balanced and complex traces of citrus in the back.

The color is a beautiful shade of crimson that leads to a nose of bright red berries and cranberry. The palate exhibits a supple mouthfeel supported by sweet tannins and a backbone of complementary acidity with flavors of red and blue berries accented by notes of minerality and spice. A lingering finish is framed by integrated tannins and fruit with underlying acidity serving to create length, subtle power and complexity.

The deep garnet hue hints at the body and flavor complexity to follow. Nuanced aromas of raspberries, white pepper, anise, and dark chocolate are followed by bountiful flavors including raspberries and earth, with hints of vanilla and spice. The medium bodied release carries just enough tannin to make it a great pairing with marbled cuts of meat and rich hard cheeses.

Our Grandfather brought his family to California just in time for the 1963 Harvest. A half century later, we released 50 Harvests to commemorate this milestone and launch our next 50 years as a family owned and operated wine company. With the 2017 vintage, we added an elegant White Meritage Blanc to complete the 50 Harvests portfolio in the traditional Old-World style. A pale golden straw color leads into an intriguing nose of wild honey, white floral and white peach notes. On the palate lemon and subtle herbs accent a stony minerality and nectarine flavors support the firm structure and pleasant mouthfeel. The brightness of the Sauvignon Blanc and continuing developing complexity of the Semillon completes the balanced expression of a classic medium full-bodied Bordeaux-style white blend. The overall sense of the palate is one of elegance and grace driven by the urge to enjoy another sip. Expect this wine to age like a red wine for more than a decade.

Rustic spice and briary fruit aromatics. Brawny with red and black fruits of pomegranate and currants accented with an earthy mineral note and subtle herb spiciness that reveals a wine with layers of complexity. It has brightness, depth and richness with a long finish. Fun with pizza, pasta or burgers.