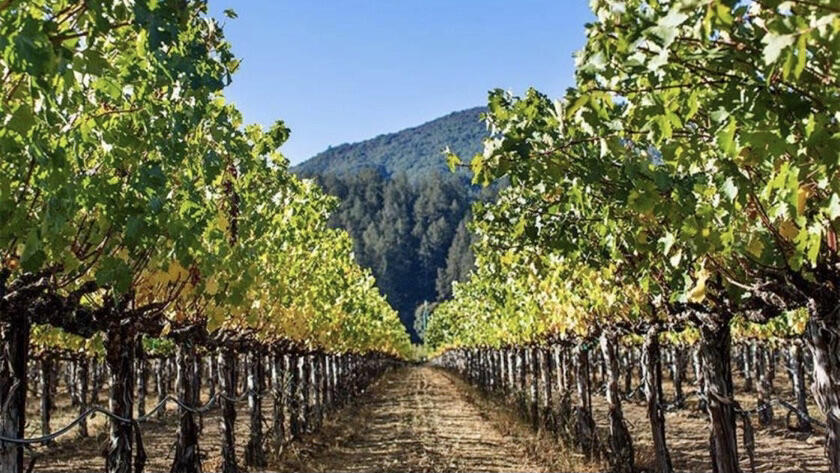 Our 2016 Hewitt Cabernet Sauvignon is dynamic and powerful, with incredible generosity and opulence on the palate. The inviting aromas and flavors unfold into sumptuous ripe blackberry, black cherry and black currant, followed by hints of dark chocolate, mocha, and rum-raisin. With layers of complexity, the mid-palate is chewy and rich, revealing multi-dimensional dense dark fruit with focused persistence and density. Incredibly age worthy, this is a wine that truly exemplifies both the personality of Hewitt Vineyard and the tremendous concentration and elegance of the 2016 vintage. The finish is long and inviting with velvety textured tannins. Hewitt Cabernet Sauvignon is crafted to be cellar-worthy, however, if you can’t wait to enjoy a glass, we recommend decanting to allow the fullest expression to evolve and reveal itself within the glass.

The extended drought was beginning to cause real concern as the 2016 growing season kicked off, but some welcomed winter rain hinted at the relief to come. After a relatively dry January we enjoyed significant rainfall in February, along with mild temperatures. Bud break was early, but was slowed by heavy April showers. While still early by historical standards, picking began about a week later than 2015, right around Labor Day, and continued at a leisurely pace, allowing the grapes to reach full flavor maturity. A traditionally sized harvest followed the lighter showing of 2015, and the extended mild season helped to balance the acids and add complexity to the layers of flavors. Considered a perfect harvest and a winemaker’s dream vintage, conditions were perfect for producing a Cabernet with beautiful fruit as well as tremendous concentration of flavors, highly saturated color, and layers of complexity.

This outstanding vineyard site on the Rutherford Bench has yielded grapes for many celebrated Napa Valley wines since 1880. The current vines were planted in the well-drained alluvial soils from 1992 - 1998 and budded to Cabernet Sauvignon clones 4, 7 and 8 for flavor diversity and concentration. Hewitt Vineyard has the advantage of being close to the Mayacamas Mountains for sloping elevation, but not so close that the vines are shaded in the afternoon.

We hand sorted the grapes on tables twice: first as clusters to remove any leaves or inferior fruit and then, after destemming, as individual grapes. A portion of the must was fermented in new French oak barrels to integrate the tannins and enhance the plush texture of the wine. Five to seven days of cold soaking before fermentation, followed by extended skin contact, developed the rich varietal character. Battonage (stirring) during malolactic fermentation in the barrel rounded the tannin profile and softened acidity. Two to three rackings during barrel aging naturally clarified the wine, and after blending, we bottled this perfectly balanced wine without fining.