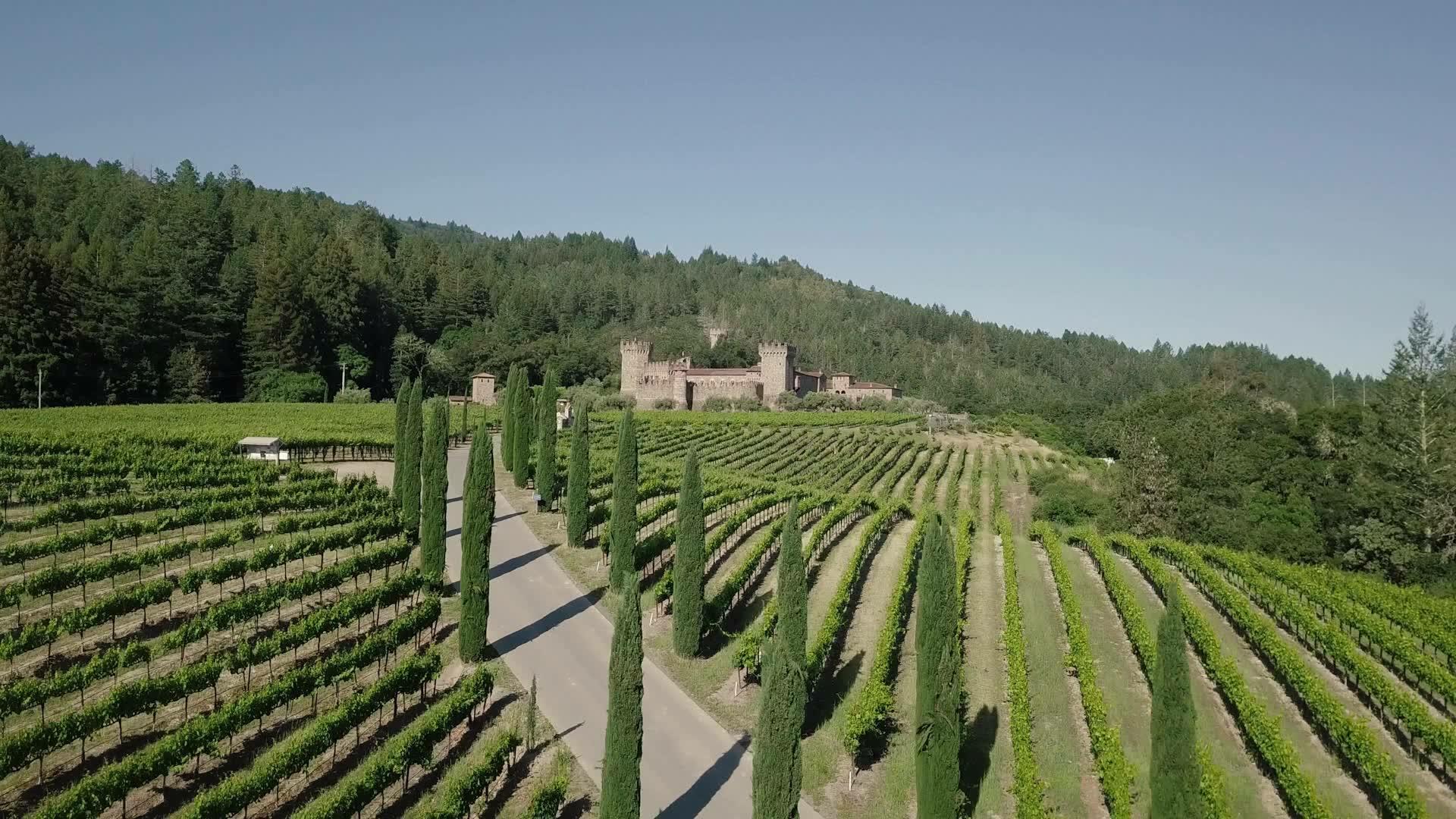 Castello di Amorosa is the realization of an all-consuming passion. Fourth generation winemaker Dario Sattui built an authentically styled 13th century Tuscan castle winery to honor his Italian heritage and deep love for medieval architecture.
But it all started with wine.
Dario is the great grandson of pioneering vintner Vittorio Sattui, an Italian immigrant who founded St. Helena Wine Cellars in 1885. The Sattui family lived at the winery, even after Prohibition closed the business in 1920. Dario was always fascinated by the stories and photos of the old winery. As a child, he would play in the winery's underground cellars and dream of reviving the family business.
Dario's interest in medieval architecture grew into an obsession as he traveled around Europe after college. He didn't know it then, but the hours he spent sketching medieval castles, monasteries, palaces, farmhouses, and wineries would one day inspire the blueprints for a visionary undertaking.
Dario returned to the U.S. in 1972, with plans to re-open the family winery that had been dormant for more than 50 years. In 1975, he launched V. Sattui Winery in St. Helena.
With his great grandfather’s legacy firmly in hand, Dario spent the next two decades searching for a dream property in the Napa Valley. In 1993, he finally found the ideal parcel — 171 acres near Calistoga where Colonel William Nash had planted one of California's first vineyards in 1846. Dario bought the property, which had acres of beautiful forest and hills, a stream and a lake, and a great Victorian home where he decided to settle.
"My ideas began to crystallize," he would later write. "I wanted to specialize in making small lots of primarily Italian-style wines and showcase them in an authentic, medieval castle setting where they would be sold directly to the public, not in stores or restaurants."
Dario began construction of Castello di Amorosa winery in 1994.
He first intended to build an 8,500 square foot building without cellars. But gradually the project morphed into a 13th century Tuscan castle spanning 121,000 square feet (three acres) with 107 rooms, four underground levels, and four above-ground levels.
"Determined to make the Castello authentic in every respect, I used only old, hand-made materials and I built it employing the same methods and materials that would have been used 700-800 years ago. You can’t fake something like this. You either do it right or people will know it’s not authentic."
It took more than 8,000 tons of hand-chiseled local stone and nearly one million antique bricks imported from Europe to complete the castle. More than 200 containers of old materials and furnishings were shipped over from Europe to decorate the interior. The construction took 15 years and opened to the public on April 7, 2007.
Today, Castello di Amorosa is considered an architectural masterpiece with all the elements of an authentic medieval castle: a moat, drawbridge, five towers, high defensive ramparts, courtyards and loggias, a chapel, stables, an armory, and even a torture chamber. 107 rooms in total, no rooms alike.
Containing some of the most beautiful vaulted wine cellars in the world, Castello di Amorosa has fulfilled Dario’s dream of producing superior quality wines with the same love and attention to detail that went into building his castle.