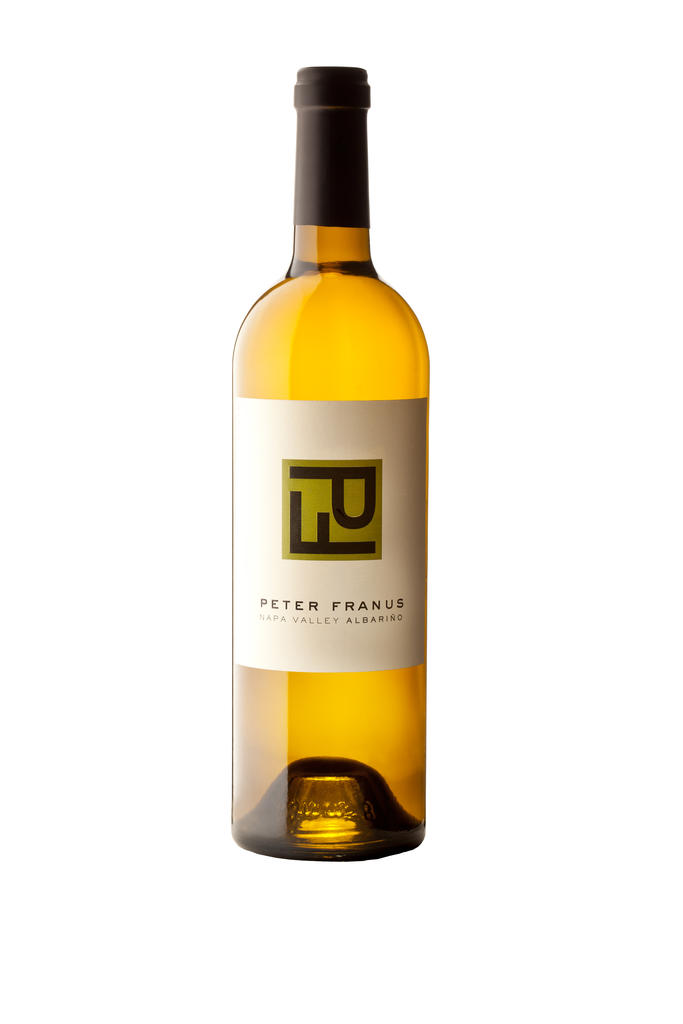 Twelve years ago, well before many were seriously considering the potential of Lake County, one of my best growers, Jim Fore, took a gamble and purchased property on the top of Cobb Mountain. The vineyard site is located a few miles east of Sonoma County and a dozen miles north of Napa Valley's Calistoga. This is a spectacular property, situated at 3000 feet elevation. Soils are thin in the Red Hills and drain instantly. The elevation places vines well above the hot summer heat trapped in the valleys below, and aligns them in the path of cool westerly Pacific breezes. Because of the high elevation, the differential between day and night time temperatures is dramatic. This results in grapes with intense flavor and color development. As time went on, I gained a finer insight into the growing conditions of the region and began to compare it to those of the Napa Valley. Perhaps most similar is Mount Veeder, located in the western mountain range dividing Napa and Sonoma Valleys. Of particular note, Mount Veeder is home to arguably our flagship wine, Brandlin Vineyard Zinfandel. So we gambled again and planted two old clones of Zinfandel, River One and Mead Ranch, and harvested our first crop in 2012. Our intuition proved to be correct! Red Hills is clearly destined to become one of the premier Zinfandel regions in California—we offer this wine as testament!

The vineyard I think I treasure most is also a source for zinfandel. It’s the acclaimed Brandlin Vineyard high above the valley on the slopes of Mount Veeder, and it has some vines approaching 90 years old. They continue to produce intensely flavored grapes, growing for all these years without any irrigation other than the winter and spring rains. The vines are headtrained, independent of any trellis, and without lots of vineyard manipulation. It is arguably my flagship, and I’ve had the privilege to work with this special vineyard since 1991. The fruit there is roughly 90 percent Zinfandel, and the rest is Mourvèdre, Charbono and Carignane. When the fruit is picked together then fermented together, it’s called a field blend and that mix adds complexity to the wines we make from there.

Mourvèdre. There’s nothing quite like it, and if you’re looking for a different wine experience, here it is! The inspiration began many years ago with Brandlin Vineyard—home to my flagship Zinfandel, as well as a handful of Mourvèdre vines, or as they referred to it in the old days, “Mataro.” Over the years I produced two vintages from Brandlin, and they became some of my most sought after wines. Enter Red Hills Lake County, a site I always thought had much in common with Mount Veeder, at an even higher elevation. A tiny crop—too small to bottle on its own--in 2012 made us optimistic, and we were rewarded with both the 2013 and 2014 vintages. For those not all that familiar with variety, Mourvèdre is widely planted in Spain—thought to have originated there in fact—as well as in southern France. Unless planted in the proper areas it can be prolific, hard, and not terribly appealing. When planted in the right location, it is magically transformed. If you’re tired of seeing the same wines over and over again in the marketplace, here’s your chance to take an adventure and explore this unique and exotic varietal!

I produced my first Cabernet Sauvignon in 1981 as winemaker for Mount Veeder Winery, which at the time was one of the cutting-edge wineries elevating Cabernet production to a new level. Needless to say, Cabernet is now king in Napa Valley, due largely to the passionate innovators from decades past. In the years that followed, we had the luxury to observe and work with Cabernet from numerous regions. In 2011 we connected with two outstanding vineyards—both certified organic—that we believed had amazing potential to create a wine in our “signature” style. Howell Mountain needs little introduction. Located in the northeast corner of Napa Valley, the resulting red wines from the region are typically powerful, muscular, and intense. Although many choose to bottle 100% Howell Mountain Cabernet Sauvignon on its own, I think it best serves as the backbone of a wine and needs to be finessed a bit. Let me introduce Taplin Road, southeast of St. Helena, just off the Silverado Trail. Joseph Phelps and Heitz are legends in Napa Valley. They are on Taplin Road. Nestled between them is my eastern hillside vineyard—clone 341—offering grapes with wonderful charm, elegance, and volume, the perfect foil to Howell Mountain.

Lake County lies just north of Napa Valley, and in that region there’s a unique sub-appellation called Red Hills. The Fore Family Vineyard there is 3,000 feet up on Cobb Mountain, and the Syrah, Mourvèdre and Grenache it produces rivals the best of any region in California. This is the source for our Red Hills Red. This is a spectacular property, situated at 3000 feet elevation. Soils are thin in the Red Hills and drain instantly. The elevation places vines well above the hot summer heat trapped in the valleys below, and aligns them in the path of cool westerly Pacific breezes. At the same time, there is paradoxically greater solar intensity that has some magical and perhaps inexplicable effect on the grapes. Because of the high elevation, the differential between day and night time temperatures is dramatic. This results in grapes with intense flavor and color development.

I am attracted to wines that are elusive, the ones that keep drawing you back to discover something new. You could say that is my inspiration for our Napa Valley Red, a blend of Cabernet Sauvignon, Merlot, and Cabernet Franc. Powerful Cabernet Sauvignon is a relatively easy wine to make in Napa Valley, but in our quest for nuance and complexity, we present our Napa Valley Red. This is the wine where the winemaker’s intuition and 35+ years of blending experience come into full play. One of the regions of Bordeaux that attracts me the most is St. Julien. I find the wines typically graceful and elegant. Although Cabernet Sauvignon typically provides the backbone, a third or more is usually made up of Merlot and Cabernet Franc. My sources for Cabernet Sauvignon are two outstanding organic vineyards, one on Howell Mountain and the other in St. Helena. For our Merlot and Cabernet Franc we head south to Carneros. The cool region beautifully elevates the personality of each of those varieties. When Merlot is “correct,” it offers one of the most pure and satisfying wine drinking experiences. No wonder it has crept up as a higher percentage of the blend. All cases = 6 x 750mL. 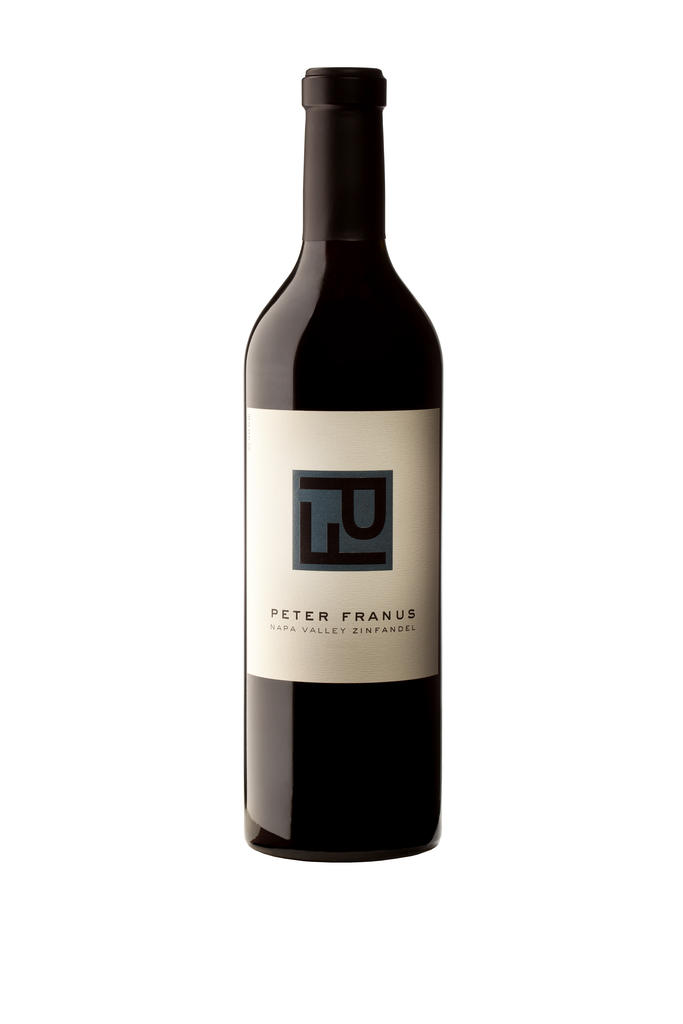 I began producing our “Peter Franus Napa Valley Zinfandel” in 2002 to allow me more blending flexibility in the creation of this wine. Rather than highlight a particular vineyard identity, the plan was to create a style of wine that was more immediately approachable and easy going. The vineyard sources have varied somewhat from year to year, but the goal is always the same--to provide a good value, balanced, and delicious wine in a world of Zinfandel that often delivers the opposite. Several years ago I was fortunate to get to know, Mark Neal. Jack Neal and Son has been farming some of the top vineyards in Napa Valley for decades, and is one of the oldest and most respected vineyard management companies in the valley. And the Neals also just happen to own a Zinfandel vineyard in the prime growing area of Rutherford known for some of the most highly touted Cabernet Sauvignon in Napa Valley. Would I be interested? And by the way the Zinfandel is certified organic. The answer was obvious. A splash of Mourvèdre and Syrah from Jim Fore’s fabulous vineyard on Cobb Mountain, add a bit of spice and complexity to complement the blend.