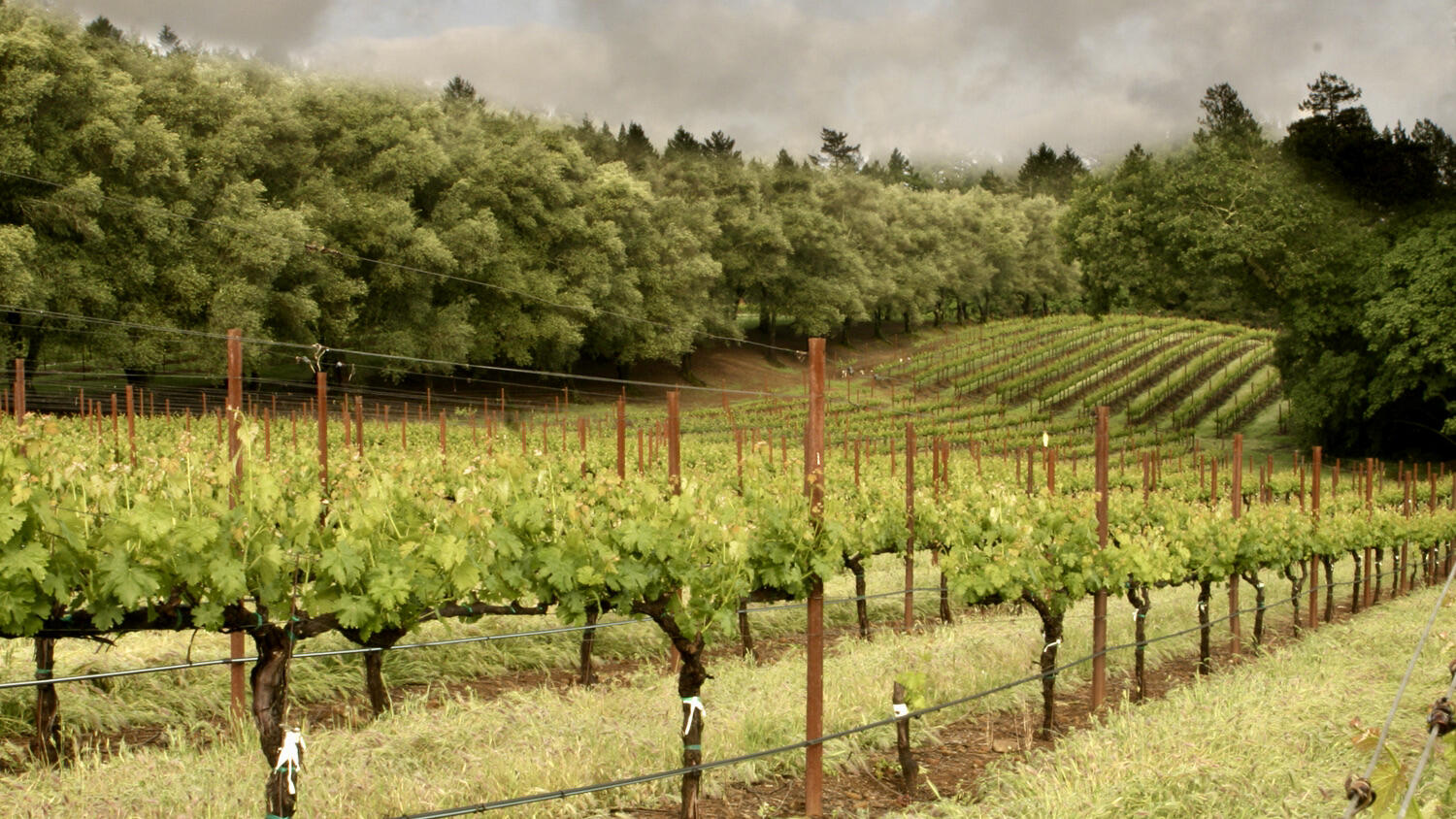 The J. Davies Vineyards are located on the historic Schramsberg property in Calistoga, CA which is part of the Diamond Mountain District appellation of Napa Valley. Originally founded in 1862 by Jacob Schram, the 218 acre property was re-established by sparkling wine producers, Jack and Jamie Davies in 1965. Over time, it was discovered that the vineyards surrounding the winery, which were planted in 1965 to the traditional Methode Traditionnelle grape varietals of Pinot Noir and Chardonnay, were better suited to the Bordeaux varietals of Cabernet Sauvignon, Malbec, Petit Verdot, Cabernet Franc and Merlot.; The 2009 J. Davies, "Richly perfumed aromas of blueberry and blackberry compote combine with mocha, anise, and clove. The palate is complex, fruitful, and refined. Boysenberry and black cherry mingle with black tea, tobacco and sweet spice. The flavors are seamlessly integrated with fine grain tannins, which sustain a long and luxurious finish." - Sean Thompson & Hugh Davies, Winemakers; This Bordeaux blend of 87% Cabernet Sauvignon and 13% Malbec was aged in 65% new French oak barrels for 24 months. Additionally, this wonderful ninth vintage has been allowed one additional year in bottle to blend and mature even more gracefully. Estate grown on the Schramsberg property, the wine has become a true expression of our Diamond Mountain hillside vineyards. Only 2,456 cases were produced with magnums and three liters also available in limited quantities.