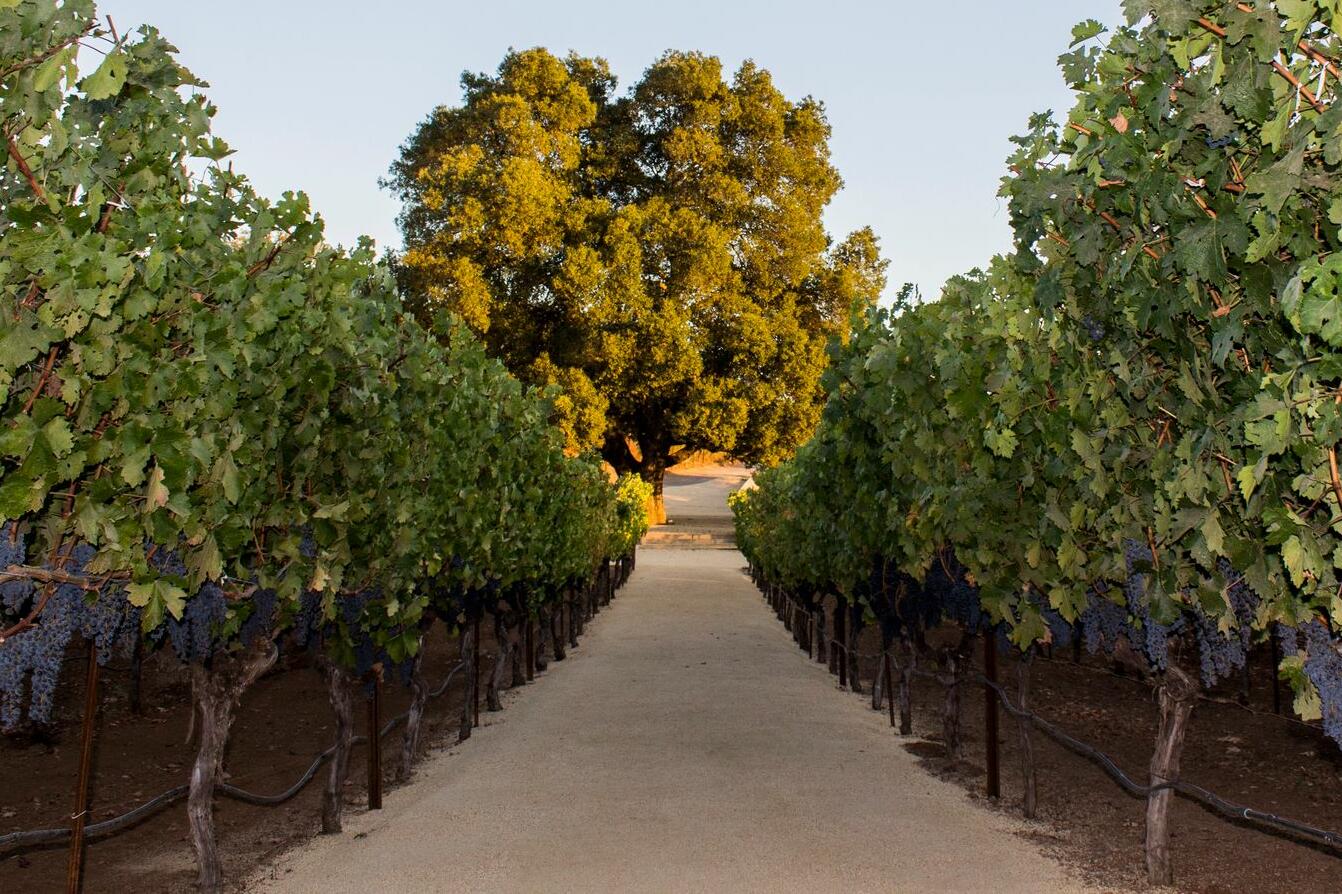 The origins of David Arthur Vineyards and the Long Family Ranch date back to when the Long family started visiting the Napa Valley in the 1950’s. Don Long, a butcher by trade owned a small grocery store in Portola Valley, near Stanford University and had long been interested in the California wine country. With a keen eye for business opportunities, Don began steadily investing in Napa Valley real estate leading to the acquisition of nearly 1,000 acres atop Pritchard Hill in St. Helena, California. Don’s youngest son, David Arthur, founded the winery with his then wife, Joye Dale, in 1985 with the purchase of 30 French oak barrels. David and Joye’s daughter, Laura Long, now works side by side with her father running the day-to-day operations of the winery and vineyards.

In the 1960’s the estate was merely raw land without access roads or utilities. On weekends Don and his wife Anne, would hike up roughly 1,000 feet from the Silverado Trail below to picnic under the large oak tree that still stands in the vineyard in front of the winery. While sitting on their blanket enjoying a glass of wine, Don would envision harnessing the hillsides potential to cultivate world-class grapevines.

In 1978, Don’s vision came to fruition when he and his 28-year-old son David Arthur Long built a small barn and began planting grapevines. After seeing the excellent quality of the fruit growing in the vineyards David received his father’s permission to convert the small barn into his own winery, naming it David Arthur Vineyards. The winery’s inaugural release was the 1985 vintage, which coincided with the birth year of David’s daughter Laura Annalyce Long.