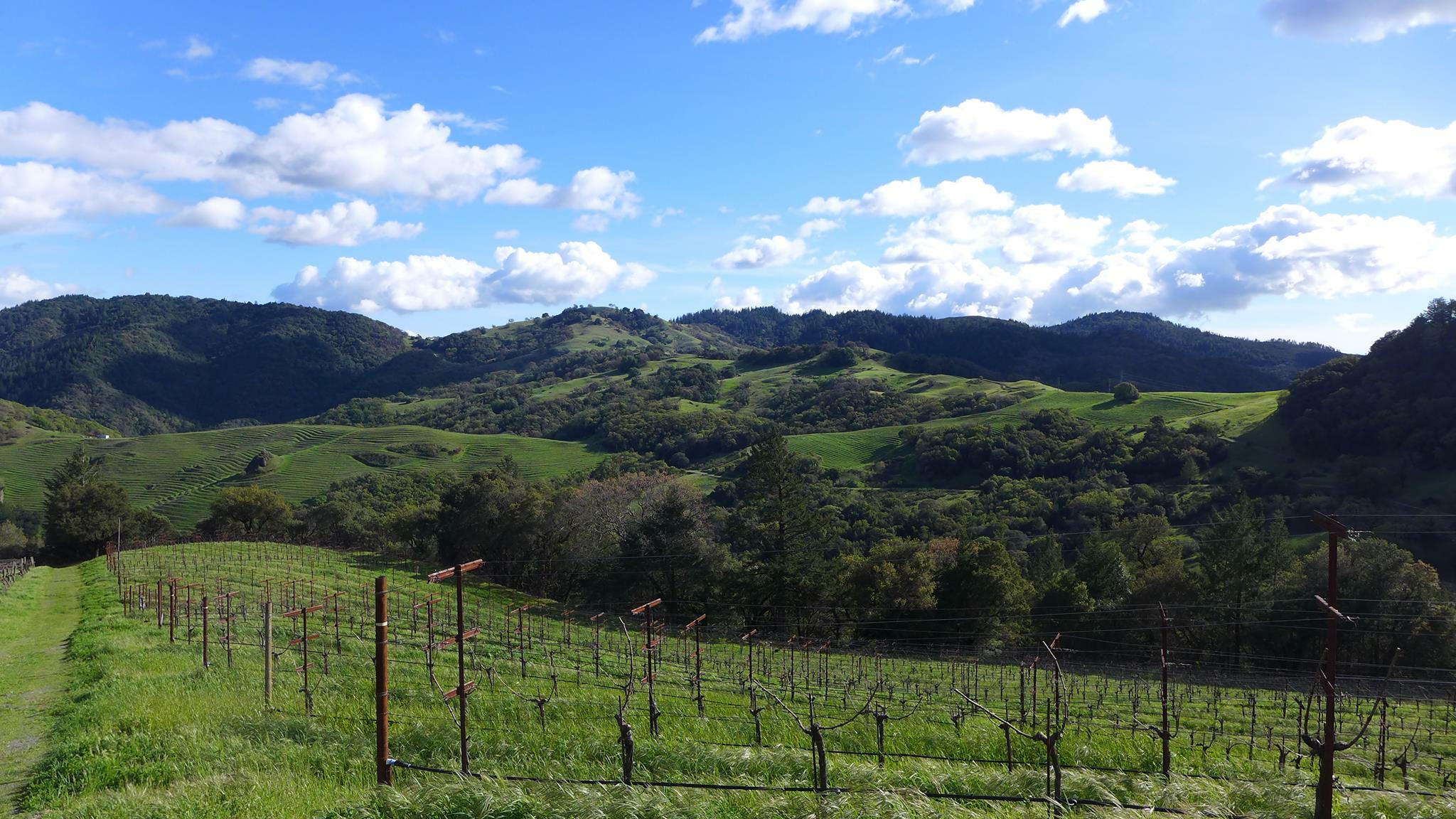 Cain Vineyard & Winery is cradled in a spectacular bowl overlooking the Napa Valley from the crest of the Spring Mountain District. We are dedicated to the creation of three Cabernet blends, each drawn from its own unique vineyard sources, each with its own distinctive signature: Cain Cuvée, Cain Concept, and Cain Five.
The success of Cain depends on the combination of an incredible site, an inspired vision, patient, persevering, and tenacious ownership, and the unending hard work of the Cain team. Take any of these key elements away, and you would not be reading this—nor would we even be writing it. What follows is just the briefest outline of the complex and exciting story of how our wine estate came into being.
In 1980, Jerry and Joyce Cain purchased 550 acres, part of the historic McCormick Ranch, on Spring Mountain. Their vision was to develop a mountain vineyard dedicated to the classical blend of varieties: Cabernet Sauvignon, Cabernet Franc, Merlot, Malbec, and Petit Verdot. The fruit of this vineyard would inspire the creation of the Cain Five—its first vintage was 1985. As the project was coming into focus, the Cains were joined by Jim and Nancy Meadlock. The Meadlocks became partners at the beginning of 1986, and, since the retirement of the Cains in 1991, have carried on as sole owners, providing steadfast and active support for this very long-term project.
Five generations of a family have grown up on the McCormick Ranch. Much of the ranch is still in the hands of that founding family. By the 1870s, when the barn was completed, hundreds of sheep grazed on both the Napa side and the Sonoma side of the Mayacamas Range in the area known as Spring Mountain. At one time, the McCormick Ranch encompassed some 3,000 acres. Sheep ranching continued into the 1970s, until it became financially unviable. The tradition of the homestead is embodied today in the McCormick Sanctuary, which, through the generosity of the founding family, has become part of the California State Park System.
In 1980, with the advice of James Lider, the Cains retained Laurie Wood to begin the development of what they called the Cain Mountain Vineyard. The first vines of Cabernet Sauvignon were planted around La Piedra in 1981 and 1982. Cabernet Franc was planted in the Orchard in 1984. The next year, Vineyard Manager David Hudgins planted Merlot, Malbec, and Petit Verdot, thus completing the classic set of five varieties. 1987 saw a new planting of Cabernet Sauvignon on the winery hill and, in 1988, the last area to be planted was cleared and terraced below the “Picnic Tree” on the Napa–Sonoma county line. The last planting was completed in 1992 utilizing a series of phylloxera-resistant rootstocks. Eventually, all of the original plantings of the first decade had to be replaced using different rootstocks.
As soon as the land purchase was complete, the Cains obtained the necessary permits required to design and develop the winery. The new winery was christened “Cain Cellars” at its first crush in the fall of 1982. Tanks continued to be installed, and a new barrel room was added in 1984. The structure as it exists today was completed in 1986. The winery has a capacity of about 25,000 cases per vintage, and it was initially designed to make both white and red wines. Utilizing both tanks and barrels, today, the Cain winery is operated as a facility for making red wines, with two vintages of wines aging in barrels.
Over nearly thirty years, the threads of all those who have worked at Cain have been deeply woven into the vinicultural fabric of the Napa Valley. Through the years, many people have contributed to the Cain wines. While some have continued to work at Cain for more than ten years, others have gone on to plant other vineyards, make other wines, and to sell other wines: some are working for other vineyards and wineries, and others have begun their own projects. We can count literally dozens of wines that have been touched by those who also touched the wines of Cain.
Since 1991, the entire project has been known as Cain Vineyard & Winery. 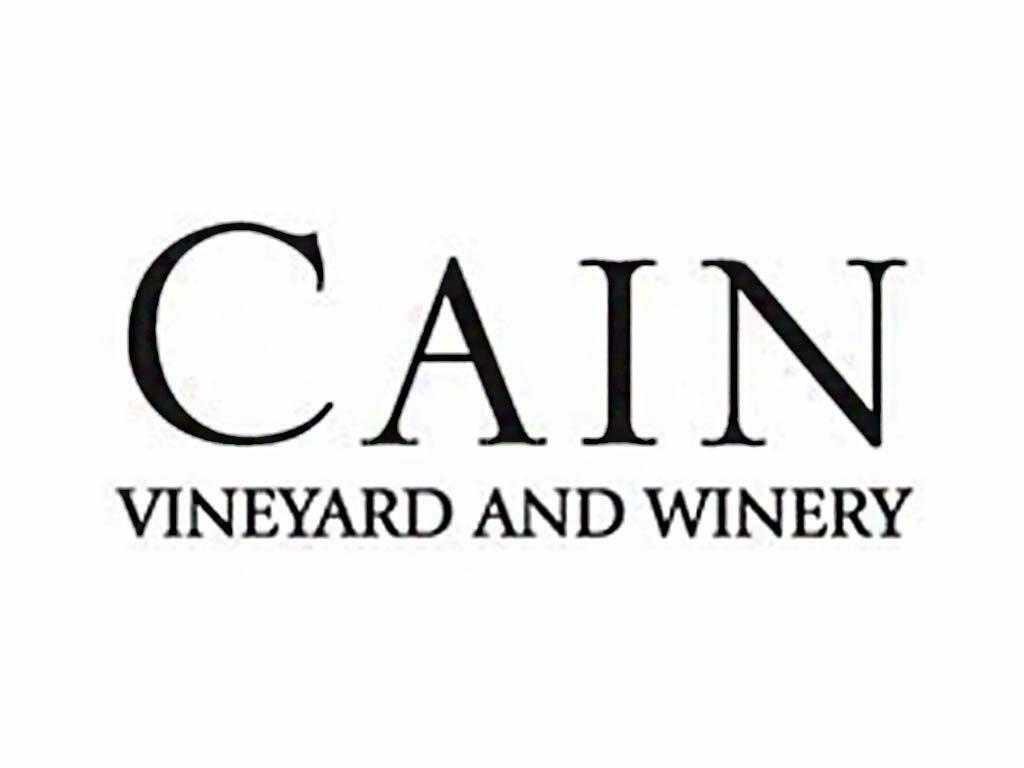 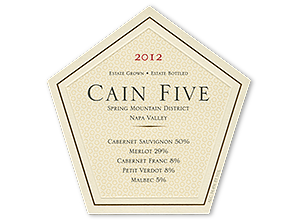 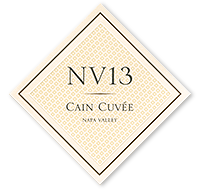