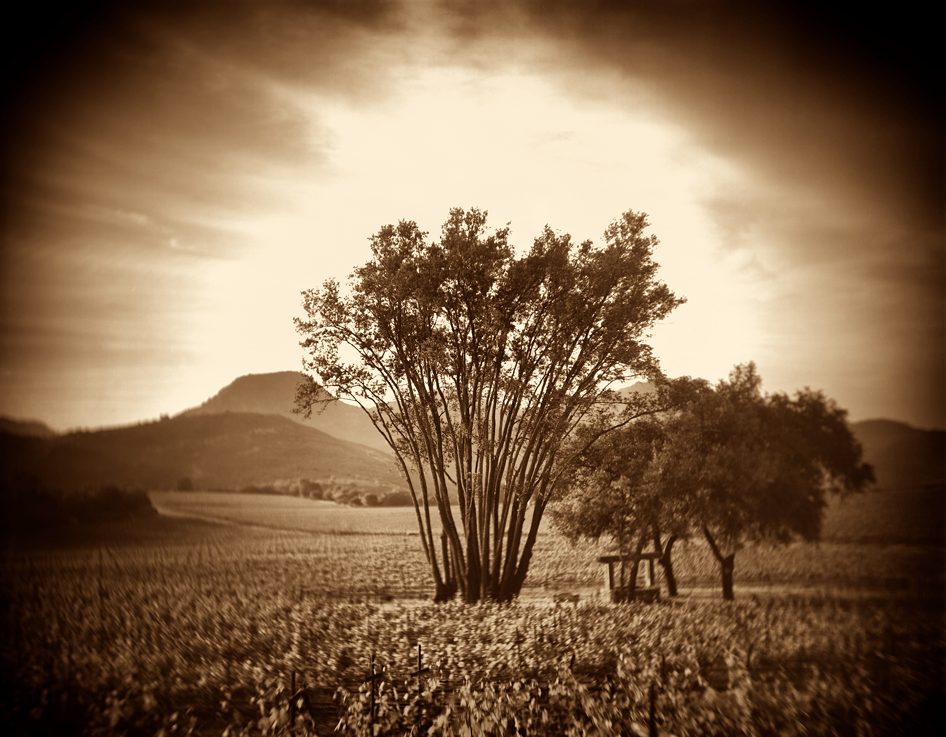 “We’re right between 300 and 600 feet, so it’s a sweet spot in elevation. When Coombsville has fog, this is where it burns off first; when there is frost down below, we’re protected. We ripen late and it’s almost a northwest exposure with more rock than soil. We’ve got good intensity, good acidity, distinct from anywhere else in the district." John Caldwell- Winegrower

“The really great part about the vineyard location is being at the southern end of the valley, up on a rocky plateau, up on the hill surrounded by some of the more famous vineyards in the area. There’s a pedigree to these vineyards for a reason. Beautiful red soils all throughout. That type of site is hard to replicate.” Garrett Buckland ~ Viticulture Consultant

People who know Oakville Ranch talk a lot about the soils—bright orange soils with enormous boulders called core stones. They are part of a major landslide that occurred 200,000 years ago. The wines are big. They’re powerful and structured, yet there’s also a lushness and a suppleness associated with the soils created through cover crop and organic practices.

“The signature of the Sleepoing Lady is depth, aromatics, perfume. The gravel streak that undulates through the property provides an edge, a soil variation, contributing a bit of tension, complexity, and structure, but the tannins are never harsh; they are polished and refined." ~ winemaker Julien Fayard