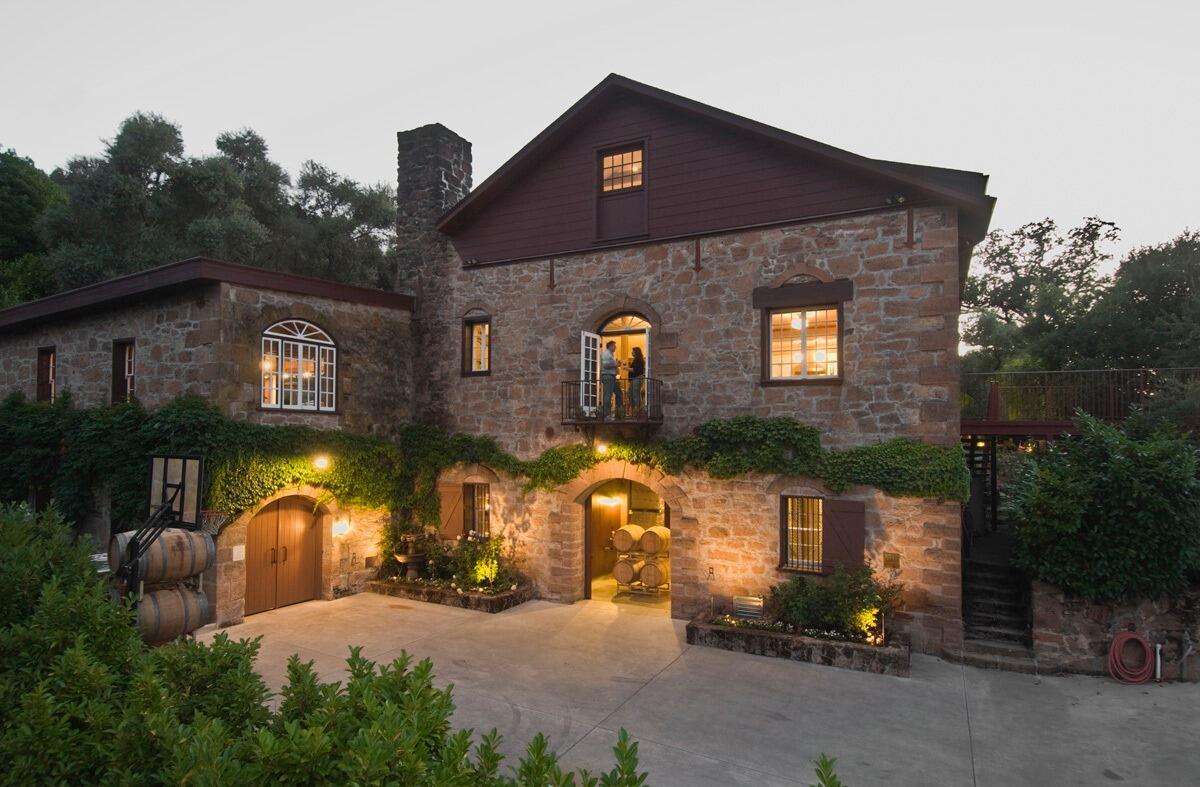 Jane and William Ballentine both have their own winemaking heritage in the Napa Valley from a young age. Friends throughout grade school who later became a family building their own winery while raising their two kids Cole and Claire. With continuous balance they emit full attention and care to the vineyards and wines as they do with their family. With countless memories of attending their children’s sporting events and then returning late at night to tend to the wine and vineyards is what differentiates them from other wineries in the valley. Their passion and love for the industry radiates through themselves, their children, and their wine.

Engrossed in rich history, William Cole Vineyards dates back to the late nineteenth century. William and Jane Ballentine acquired this stunning property in 1999. With the winery doors closed since prohibition, they enthusiastically began many years of renovation from the original 1873 stone building. The property was marked as a historical landmark and the cellar doors were reopened in 2004, allowing for the first stone winery in Napa Valley to be a fully functioning winery once again. Since then, William and Jane have made it a priority to uphold the integrity of what was once before and what will be after. For decades, William Cole Vineyards has been a family-operated winery consisting of small production, exquisite wines. In honor of their children, William and Jane have dedicated the winery name to their son, Cole and their Cabernet Sauvignon to their daughter, Claire.

In 1869, John and Hannah Weinberger purchased what would be the first stone wine cellar that sat on a 240-acre estate in St. Helena. They bought the property from Charles and Carolina Krug for only $3,000!

Hannah Weinberger took control over the winery operations in 1882 after a disgruntled former employee murdered her husband. She is celebrated as Napa Valley’s first woman winery owner and winemaker. Hannah ran the winery for 38 years until Prohibition closed it down in 1920. After her death at age ninety-one, the property was parceled away to its existing 5 acres.

The property remained vacant until 1938, when the Harrison family of San Francisco purchased the estate. They commissioned famed architect Bourn Hayne to convert the top two levels of the dilapidated gravity-flow winery into a summer residence. In 1956, the Gonser family purchased the property and used it as a summer home until 1999 when William and Jane Ballentine acquired the property. The estate has been able to remain remarkably intact to its original design with just having four owners over 140 plus years.