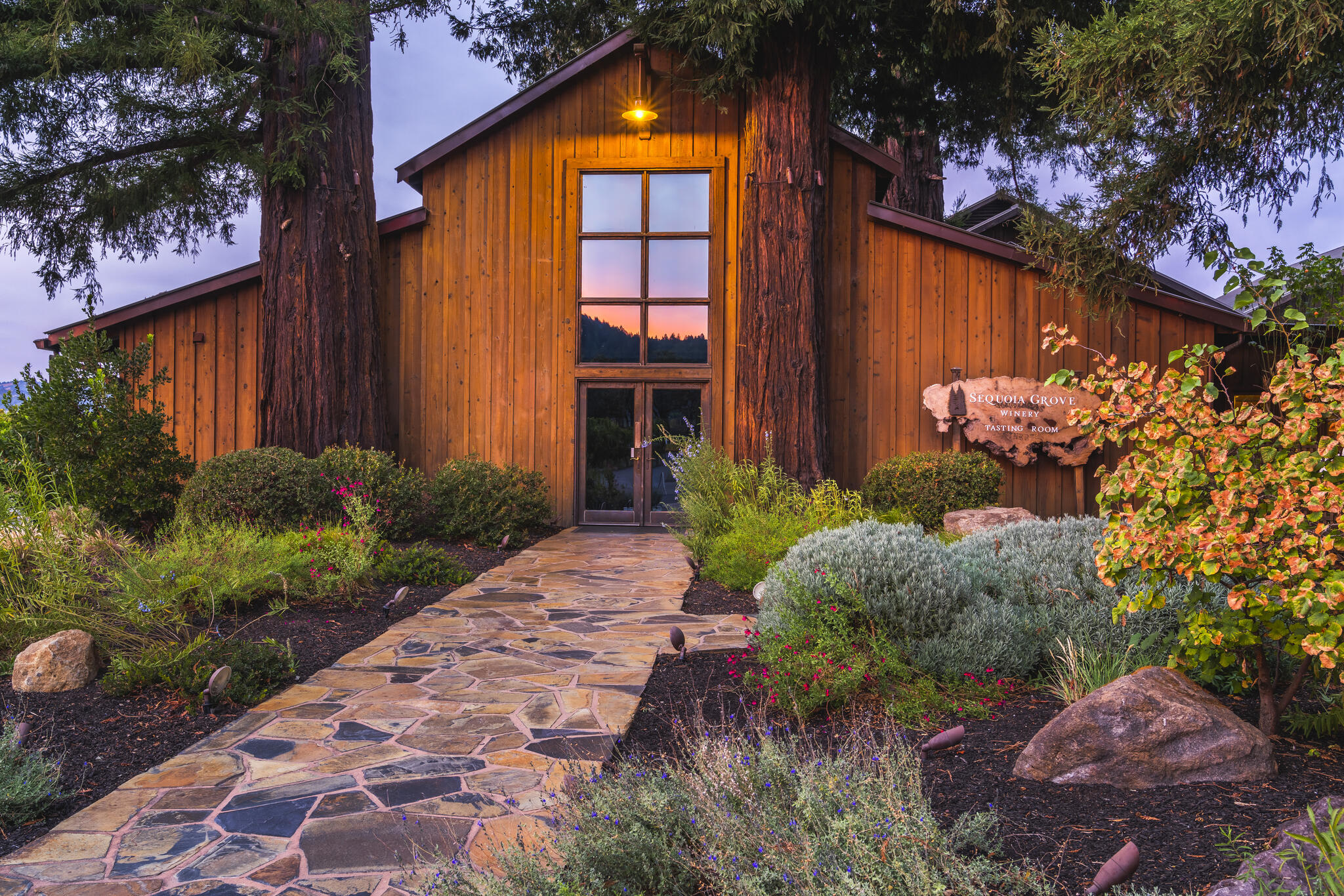 Complex aromas of cigar, cinnamon and tobacco and layers of chocolate, tar, espresso, and vanilla.

The palate is sweet and round with a dense, dark chocolate bar richness. There is coffee and a touch of burnt caramel on the finish that goes on and on. Cellar for 5 to 15 years upon release.

The 2009 season started with our third year of drought, but late rains delayed irrigation needs and a warm spell in June helped curtail excessive canopy development. A mild growing season followed, with the heat finally coming in September. Rain fell for one day in mid-October, but fortunately all the thin-skinned varieties were already picked and the only some of the thicker-skinned Cabernet remained on the vine. The sun came out after that and we had perfect fall ripening weather. When all was said and done, we got much needed rain AND beautiful, fully ripened grapes that produced lush, delicious wines!

These grapes are grown in what Sequoia Grove casually refers to as the Oak Knoll bench. Tucked into the western hills, Lamoreaux Vineyard’s beautifully cared-for vines are on one of the first estates established in Napa Valley, and grow between ancient oak trees and grazing cattle. These grapes were hand harvested October 25, 2009 at 25.5 Brix, then cluster sorted before a two-day cold soak. The wine was inoculated with a French yeast strain before undergoing small-batch fermentation, with gentle pumpovers 2-3 times a day. The wine underwent malolactic fermentation while in barrel and was racked two times before bottling.

The wine aged 22 months in barrel before bottling, then aged 19 month in our cellars before release.