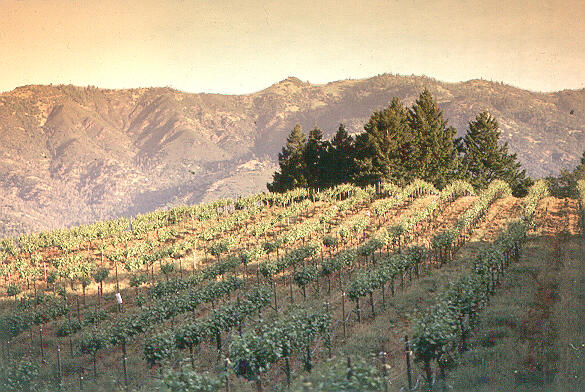 Spiced aromas of gingerbread and brioche lend density and richness to the varied fruitful notes of dried guava, peach and pear.

Flavors of tangerine, mandarin orange and ruby red grapefruit deliver quenching zestiness that melds comfortably with a creamy, caramelized essence that lingers with persistence on the palate.

The unpredictable nature of the 2003 growing season began with a series of early heat spikes in March, followed by the wettest April on record. A long, cool summer allowed the fruit flavors to evolve beautifully ahead of the sugar accumulation. Heat spikes in September helped move the harvest forward after many felt it would be a late year. County Composition: 33% Mendocino, 31% Sonoma, 19% Napa, 17% Marin

More than 80 cool-climate vineyard sites in Carneros, Anderson Valley and the Sonoma and Marin coastal areas are managed each year to achieve the best possible fruit for our sparkling wines. Hand-picking, early-morning harvesting, and light pressing are critical. Small amounts of select Chardonnay are included in the blend to lend additional backbone and length to the palate. Distinct barrel and malolactic fermentation lots are layered in to provide viscosity and depth. Extensive tasting is conducted over the winter months, with as many as 200 base wines being taken into consideration. Barrel Fermentation: 40% Principal Pinot Noir Blocks: Mendocino County: Corby, Juster Sonoma County: Saltonstall Marin County: Stevens

Following bottle fermentation, each bottle is aged in contact with its own yeast in Schramsberg’s historic Diamond Mountain hillside caves for 6 years, 6 months. The finishing dosage is the result of comprehensive trials to fine-tune balance of flavor and acidity.

The Reserve is well-suited with a main course, such as fruit-stuffed veal and pork tenderloin, roasted duck with mango, cedarplank grilled salmon and curried chicken salad. This flavorful bubbly also can be served as an apéritif with smoked oysters, caviar and such hard cheeses as aged Swiss Sbrinz, Sonoma Vella Jack or Irish Coolea.