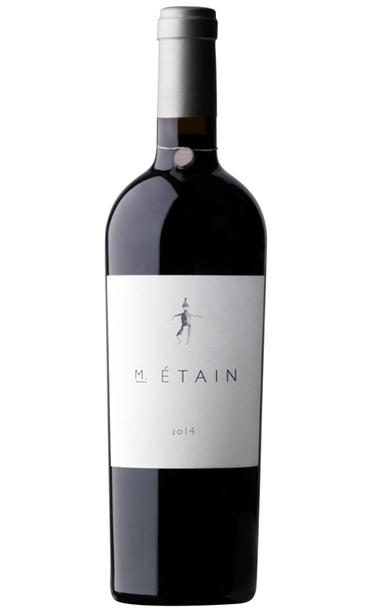 Lovely fresh raspberry notes float above base tones of sweet anise, vanilla, faint smokey notes and a hint of clove.

Surprisingly supple at entry, this young Cabernet shows tremendous flow across a bright palate, with consistently full body throughout and a broad, satiny finish. Cocoa, dark cherry, and raspberry jam flavors linger along with the polished, silky tannins, leaving a sense of both bright fruit and of gravity.

The 2014 rains came late in the season, providing enough soil moisture for the vines to grow well. It was a warm vintage, overall, but without damaging heat spikes, which allowed the fruit to ripen slowly and completely. There was a bit of time to catch our collective breath after the August 24th earthquake, as the fruit continued to ripen evenly, in spite of the chaos. The 2014 growing season saw some long-awaited relief from an epic California drought, giving us less rainfall than normal but enough to give the vines a bit more energy during Spring. The summer season was relatively mild, while the critical ripening months of September and October saw nearly perfect conditions, with cool nights and warm, dry days. Throughout the property, maturity was very uniform, and overall fruit quality was exceptional.

The blocks for Scarecrow were hand-harvested between September 14 and October 14, 2014.

The wine was bottled in March, 2016, without fining or filtration.

The wines were fermented on skins for approximately four weeks, then gently drained and carefully pressed.