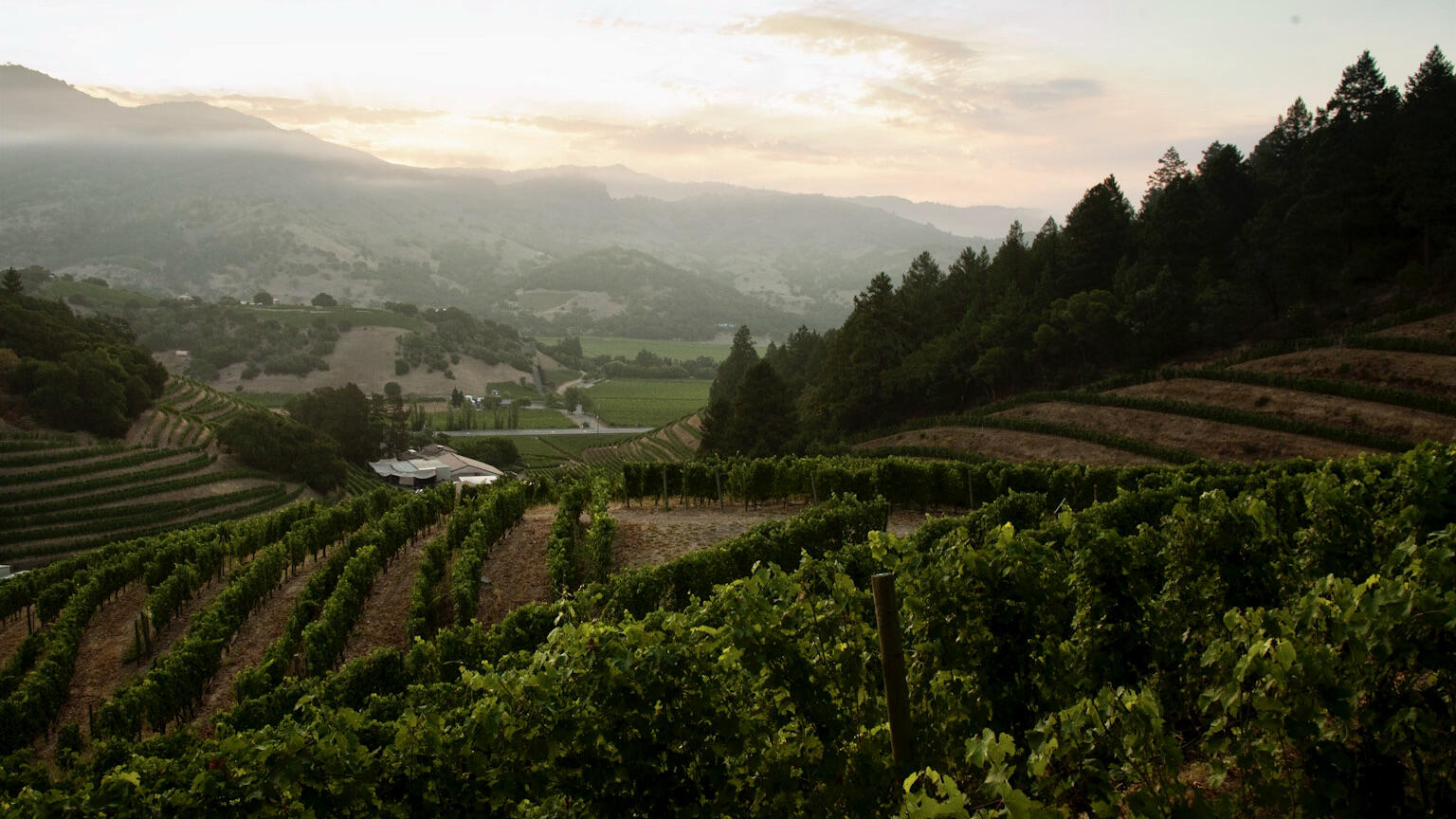 Concentrated and rich, and redolent with flavors of plum, black raspberry, black currant, and cola. The texture is velvety and creamy. Leathery tannins and juicy acidity frame the structure of this balanced, delicious wine.

The Stags Leap District’s moderate temperature, influenced by the San Pablo Bay, leads to slow, even fruit development throughout the growing season. The majority of our 47 acres across four estate vineyards in this region are densely planted with Cabernet Sauvignon and other Bordeaux varieties on steeply terraced hillsides with Bale clay-loam soils, resulting in very low yields of intensely flavored grapes. Following several years of drought, February delivered much-needed rain to the vines. Budbreak occurred early in 2015 due to warmer than normal temperatures in late winter and early spring. Warm temperatures and abundant sunshine June through October led to good growth the rest of the season, an early harvest, and very high-quality, balanced fruit.

The berries were hand harvested at night.

Then carefully sorted, and destemmed to tank, where fermentation took place.

Then, the wine was racked to 100 percent new French oak barrels, where it was aged for 27 months prior to bottling.

Deep ruby color is a signature of our Stags Leap District Cabernet Sauvignon.

This elegant, deeply colored wine has the firmness and structure to be the highlight of a dinner party. Try pairing with an aged porterhouse steak with scalloped potatotoes, spring lamb stew with fennel and peas, or our winery chef’s recipe of radicchio risotto.