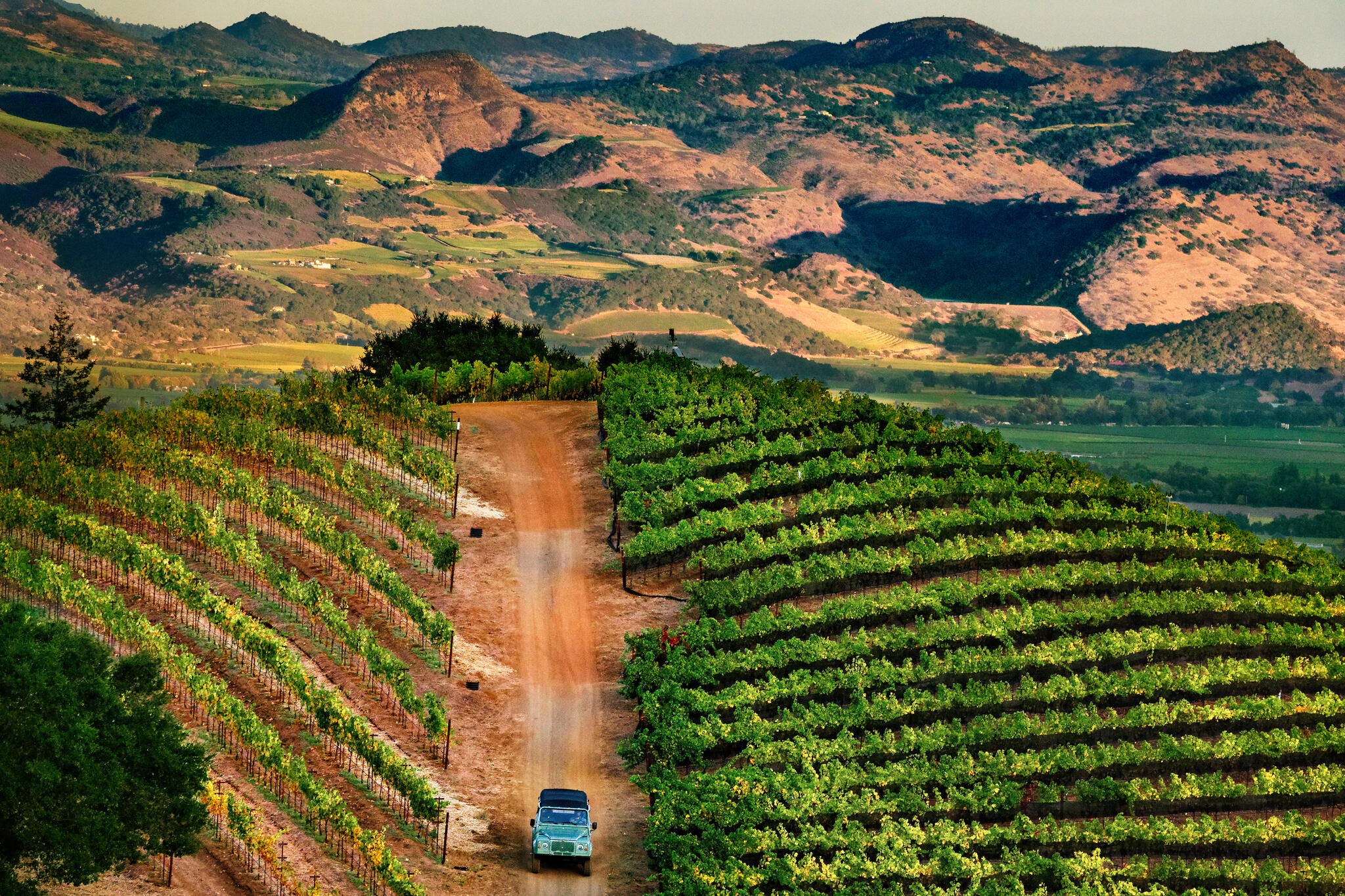 The palate is dense, dark and powerful with mulberry and blackberry fruit complimented by chocolate and aniseed. Luscious mouth filling tannins balance the rich fruit character to provide great length for this wonderfully intense wine.

Established in 1973 on the lower slopes and foothills of the Mayacamas Mountains directly above the town of Yountville in the heart of the Napa Valley region. This celebrated site is unique in the combination of alluvial valley floor and rocky foothills with a predominantly eastern aspect at between 150-350 feet in altitude. The principle moderating influence on the local climate is the heavy fogs that linger until late in the morning providing a cooling influence as it flows south down the valley to the San Pablo Bay. The wines represent classical Napa Cabernet with rich bold and round flavors, dark chocolate and a silky rich mouth filling structure. The 2015 season was one of contrasts. The vintage was noted by significantly reduced yields (-35-50%) a result of a cool and damp flowering period in Spring which resulted in poor fruit set and fewer berries per bunch. The Summer and Autumn were hot and dry continuing the run of drought conditions which commenced from the 2012 vintage. The quality of the fruit was outstanding although in limited supply with the vintage likely to be recognized as one of Napa Valley’s greatest. A truly classic Napa Cabernet with an exuberance of youth which will evolve beautifully with medium to long term cellaring.

The 2015 Yountville was a selection of blocks 311, 312 and 314 with an average vine age of 19 years. Once harvested, the grapes were hand-sorted to inspect individual berries. The must was then fermented in separate lots and barrel aged for 12 months before being blended and returned to barrel for further maturation.